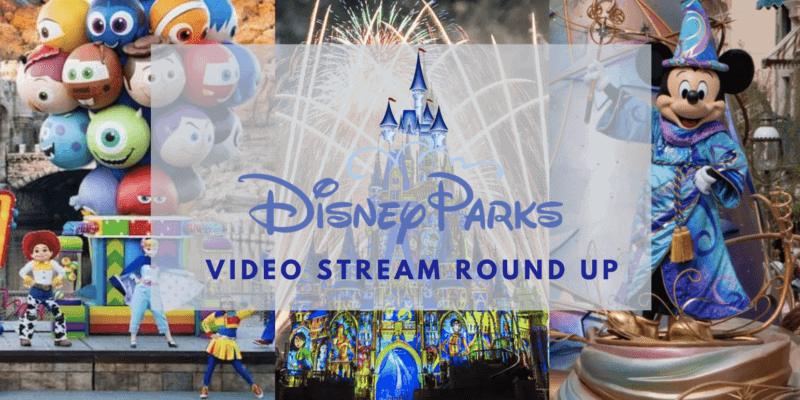 Since The Walt Disney Company temporarily closed all six of its theme parks, they’ve been doing everything they can to keep Disney’s special brand of magic alive for fans at home. From Disney Magic Moments to animation tutorials to family-friendly crafts and recipes, there are plenty of ways to bring pixie dust to your everyday life.

One of the most fun things Disney has done for fans is release official Disney Parks ride-throughs and show performances! Here, we’ve rounded up all of the Disney attraction ride-through videos and Disney Parks live show videos that have been released since the theme park closures were announced.

If you’re a fan of the iconic it’s a small world ride, which can be found at Disney theme parks around thw world, you’ll want to watch this ride-through over and over again. The relaxing ride video allows viewers to experience scenes from all of the it’s a small world attractions!

You’ll also see some of your favorite Disney characters, including Lilo (and Stitch, of course!) and Princess Ariel.

This virtual viewing of Disneyland park’s Magic Happens parade is a treat for all ages while the parks are closed. Led by Mickey Mouse himself, the parade cruises down Disneyland’s Main Street U.S.A.

Just last week, Disney streamed the fireworks spectacular, Happily Ever After, from Walt Disney World’s Magic Kingdom park. The gorgeous fireworks display is one of the most magical events at any Disney park and watching it from home is sure to brighten your day (literally!)

Following the Disney Castle fireworks stream, the Disney Parks team even released free PhotoPass media of the event on the My Disney Experience app.

Disneyland Paris has been allowing their social media fans to vote for which Disney stage show performances and DLP parades should be streamed. Most recently, Disneyland Paris let their followers decide between watching Disney Stars on Parade and their nighttime fireworks display, Disney Illuminations.

What if you could enjoy Disneyland Paris’ biggest shows at home? ?Grab the popcorn, as your dream is about to come…

Hong Kong Disneyland has brought their magical Flights of Fantasy parade to Disney fans around the world with this video! Who else but Dumbo the Flying Elephant would lead a Disney parade with “Flight” in the name?

The cute elephant, with Timothy Mouse on his hat, leads the way for Winnie the Pooh, Mickey Mouse in a hot air balloon, and other beloved Disney characters.

Walt Disney World’s Disney’s Hollywood Studios has released a ride-through that offers fun for the entire family. This video will take you through all the twists and turns of Toy Story Land’s Slinky Dog Dash roller coaster.

If thrill rides are up your alley, this virtual Incredicoaster ride-through will get your adrenaline pumping! One of the most iconic attractions on Disney California Adventure’s Pixar Pier, this The Incredibles-themed roller coaster offers a superhuman good time for all riders.

Even though it’s difficult to not be able to visit our beloved Disney theme parks right now, all of these streaming videos are a great way to bring some magic home right now!

Check out all of the Disney Parks videos on the theme parks’ official YouTube channel. Stay tuned to Inside the Magic for information about more Disney live stream events and virtual ride-throughs!

Book Your Next Disney Vacation

If all of these Disney theme park videos have you ready to book your next trip now, look no further than the Disney vacation experts at Academy Travel! The skilled professionals there can help you do everything from choose a resort to select the ideal character dining experiences for your family. Get a free quote or book your trip today.