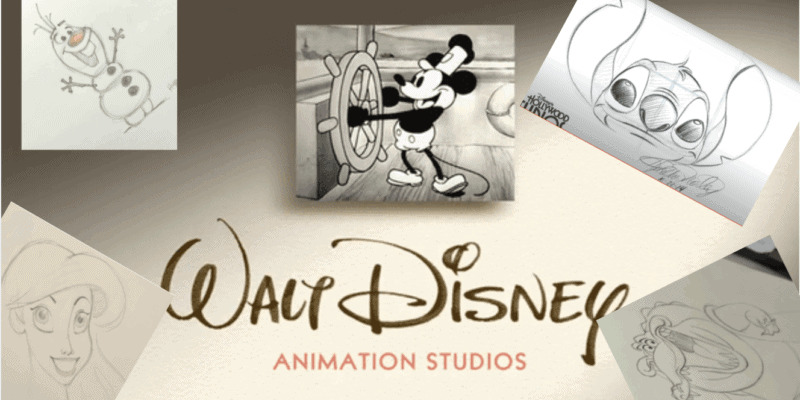 If you’re looking for a new hobby, becoming an at-home Disney animator just might be your calling. Walt Disney Animation Studios have been sharing a number of animation tutorials as part of their Disney Magic Moments series.

The latest video in the Disney “How to Draw” collection features Animation Studios Artist, Heather, teaching viewers to sketch Stitch! If you’re ready for a Disney vacation, drawing Disney’s Hawaiian alien will help you feel like you’re joining him (and Lilo, of course!) in Oahu.

Draw Your Other Favorite Disney Characters!

We’ve rounded up a host of Disney character animation tutorials for you and your family to try at home. All of the tutorials are led by actual Walt Disney Studios animators, so it’s almost like having your own desk in the Disney animation offices!

For fans of classic Walt Disney characters, this Mickey through the decades sketching tutorial is sure to be a hit. From the original 1920s style Mickey to today’s pie-eyed version, animating Mickey is a fun activity for the whole family.

Frozen fans will be giddy over the Sven and Olaf animation tutorials! Learning to sketch Anna, Elsa, and Kristoff’s adorable sidekicks is a “cool” way to spend an afternoon.

Next, you can go on an undersea journey as you learn to draw The Little Mermaid’s Ariel! Join one of the 1989 movie’s animators as you watch this Disney Princess animation tutorial.

Last, but certainly not least, travel to the Jazz Age with The Princess and the Frog as you learn to draw Louis, the trumpet playing alligator! Tiana and Naveen’s Bayou buddy will come to life as you follow this step-by-step Disney drawing tutorial.

The team at Disney is bringing magic home for families with all of the Disney Magic Moments they’ve shared so far. From animation tutorials to special behind-the-scenes looks at the Disney Parks while they’re closed to adorable new short films, Disney magic is still alive and well.

Which Disney drawing tutorial are you going to try first? Tell us in the comments!