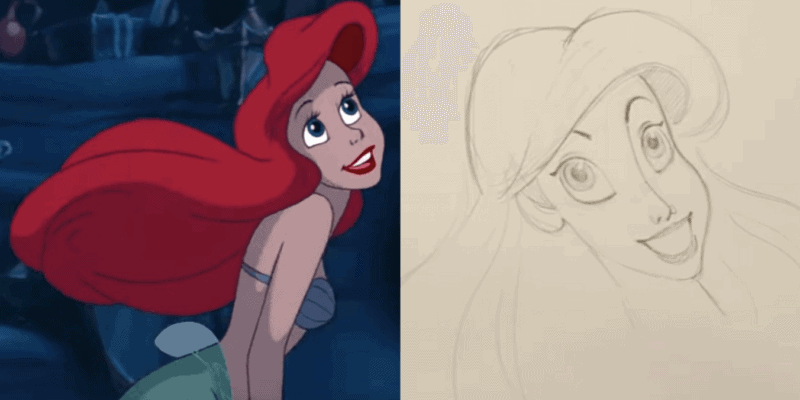 If you’ve always wanted to be part of the world (see what I did there?) of Walt Disney Animation Studios, now is the perfect time to see if you have the chops to sketch some of Disney’s most well-known animated characters.

In Disney’s latest animation tutorial, Mark Henn, the Directing Animator on The Little Mermaid team, teaches viewers how to draw Ariel. To start the video, Henn mentions that he has been with Walt Disney Animation Studios for 40 years!

In addition to being the primary Ariel animator, Henn has worked on numerous other iconic Disney characters, including Belle from Beauty and the Beast, Young Simba in the animated version of The Lion King, and Jasmine in Aladdin. In other words, there’s no better Disney animation instructor than Henn.

How to Draw Ariel from The Little Mermaid

Learn how to draw Ariel from Mark Henn, Directing Animator on The Little Mermaid. #DrawWithDisneyAnimation

In this 11-and-a-half minute #DrawWithDisneyAnimation tutorial, Henn shows would-be Disney animation students how to sketch an Ariel headshot, including her famously thick locks, which has been giving girls everywhere hair envy since 1989.

With people spending more time at home right now, Disney animation tutorials are a fun way to pass the time. Whether your family has Disney drawing competitions just for fun or you take your animation seriously, each time you try your hand at this art, you’re sure to have a good time.

In addition to Princess Ariel, Disney has recently shared virtual Animation Academy tutorials for a number of other beloved characters. If you love the Frozen franchise’s cute sidekicks, directions for drawing both Sven and Olaf are available.

Princess and the Frog fans will love this Louis the alligator tutorial. Fun fact: Mark Henn was the Supervising Animator who brought Tiana and friends to life. For those who prefer the most classic of all Walt Disney characters, there’s this “Mickey Through the Ages” tutorial. Never forget, it all started with a mouse!

Have you been working on any Disney animation sketches recently? Are you going to learn to draw Ariel? Tell us which characters you’re most excited about learning to draw in the comments!