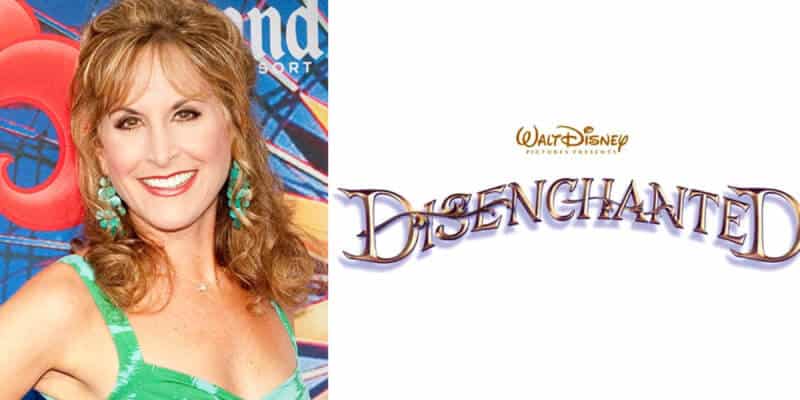 GISELLE! If you’re a die-hard Disney fan like we are, you probably read that in the most perfect James Marsden, aka Prince Edward, voice from Disney’s Enchanted.

Enchanted fans have been hoping for a sequel ever since the movie came out in 2007. And, it seems Disney+ is getting ready to grant us that wish!

Just last month, we confirmed that an all-new Enchanted sequel, Disenchanted, will be coming soon to Disney+! And we are STOKED!

The film is set to be directed by Adam Shankman, who will also be directing an all-new Hocus Pocus sequel for Disney+.

If all this magical excitement wasn’t enough, in a recent interview with the DisInsider, Jodi Benson, Disney Legend who voiced our beloved mermaid, Ariel, in Disney’s The Little Mermaid has expressed interest in joining the cast for Disenchanted. Cue the squeals!

During the interview, Benson was asked to share more about her experience working with Alan Menken again in Enchanted. Menken composed the entire soundtrack for the movie.

“That was so fun! Kevin Lima, the director, was an animator and worked on Mermaid and came up with this really fun idea: find the princesses in the movie! It was like a game. We had so much fun doing that. Mine was just supposed to be a real quick little scene and be done. And then it kind of expanded- it was a great time working on that project. I found it so clever, everything they did with Amy (Adams) and the fish tank and the music. So clever of Kevin and the team to think in these ways and fun for Disney fans to put all of that together.” Benson shared.

When asked about the possibility of coming back for the Disenchanted sequel, Benson replied: “I don’t know anything about it, but of course, I would love to come back! Sam needs to come back and be a part of it. I did hear they are working on it and that is so fun. I don’t know if I’ll be part of it or anything like it, but gosh, it would certainly be fun. Another neat opportunity to get to work on such a great project.” 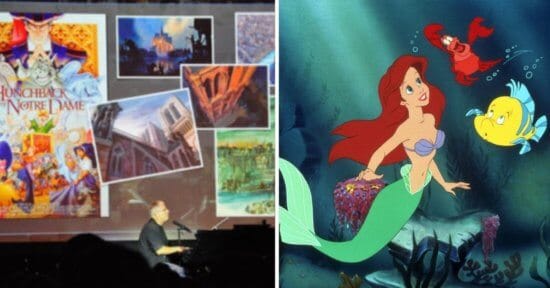 In a recent “Talk Back” YouTube video interview for Young Artists of America, Menken confirmed he will be working on the Disenchanted soundtrack. Having that dynamic duo team up again is what dreams are made of! Please make it happen!

You can check out the interview here:

Are you looking forward to the Enchanted sequel, Disenchanted, coming to Disney+? Let us know in the comments. We cannot wait to see how they continue this modern fairytale!