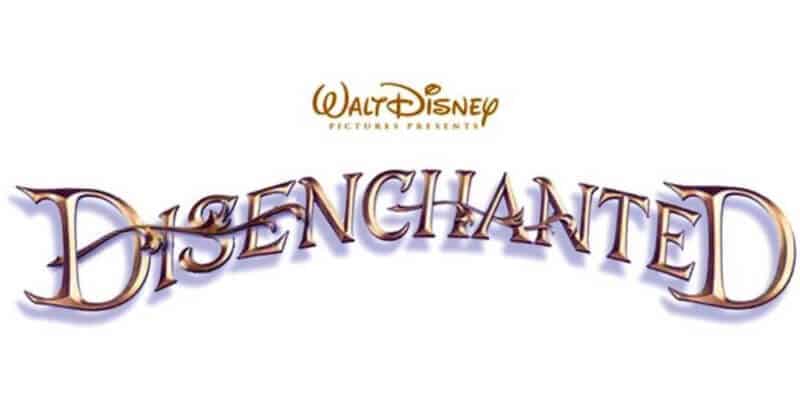 Yes, it has finally been confirmed! The all-new Enchanted sequel, Disenchanted, will be coming soon to Disney+!

We reported earlier this year that original Enchanted star James Marsden spoke out about the possible sequel. And now that sequel is definitely coming to Disney’s streaming service!

The Enchanted sequel is tentatively called Disenchanted and will be coming to Disney+ thanks to director Adam Shankman, who took to social media this week to share the good news. Enchanted Two is currently in pre-production, and we don’t know about you but we couldn’t be more thrilled.

Adam Shankman will also be directing the all-new Hocus Pocus sequel coming to Disney+. You can read all about that here.

Yep…. Thanks with all of my heart dear @disney Looks like Il be working on a looooooottttt of magic for awhile… I feel incredibly honored and humbled to be guiding forward these two Disney crown jewel legacies. My only hope is to honor those who came before me and build something new and exciting, as I desperately try to not let down the fans and enchant the new initiates! Fingers crossed! Xo

For more background information on Disenchanted, read our original coverage below.

If you’ve been waiting for Disney to announce news about a second “Enchanted” film, your wish may be coming true pretty soon. We’ve been speculating what’s going on with the long-awaited sequel to one of the studios’ most beloved animated/live-action hybrid film since it premiered 12 years ago. And now, it seems like Disney is finally giving us the answers we’ve been waiting for.

Skyler Shuler, editor of TheDisInsider, recently Tweeted an image of what looks like a logo for the upcoming “Enchanted” sequel, tentatively called “Disenchanted.” “The long in development Enchanted sequel may finally be moving forward. We should get an update soon!” the Tweet read. As Comicbook notes, this social media post is far from official, nor is it a confirmation from Walt Disney Studios that the “Enchanted” team is finally progressing on the second film. However, Comicbook and TheDisInsider have a reputation of accurately reporting Disney movie news, so nevertheless we’re intrigued.

The long in development Enchanted sequel may finally be moving forward. We should get an update soon! pic.twitter.com/iNcoA5IGD5

Whether or not this logo for “Disenchanted” is fan-made, it has restarted the conversation and speculation over what could possibly be happening with the second “Enchanted” film. Talk of a second installment to the 2007 film began in 2010, but fans have only heard bits and pieces of confirmation that a sequel is actually happening. Three years ago, it was revealed that Adam Shankman would direct, with David Stem and David Weiss screenwriting. We also found out from The Hollywood Reporter that “Disenchanted” is “set 10 years after the first movie, with Giselle finding herself questioning her happily-ever-after life and accidentally triggering events that make everyone’s lives turn upside down in both the real world and in the animated kingdom of Andalasia.”

The following year after finding out who would direct and write for the second “Enchanted” movie, it was confirmed by Alan Menken (who composed the music for the first film) that the film was “in the works.” Although Disney had previously said filming would take place in 2017, at the time of Menken’s interview he didn’t say whether or not filming was progressing, underway, completed, or not started at all. Later in 2018, we found out from Amy Adams, who stars as the main character Giselle, that she is “absolutely up for” reprising her role in a second film. “We’re working on it — so hopefully.”

Overall, from the film’s actors to the team behind-the-screen, the news surrounding “Disenchanted” has been pretty cryptic. According to IMDb, the film’s status is “script,” and it’s unclear at what point filming will finally begin. But for a movie that’s almost a decade in the making (more so if you count the three years between the first film’s premiere and an announcement of a second), we’re not surprised that so many Disney fans are so highly anticipating more news of a sequel. The film was overall well-received both by critics and at the box office, and if “Disenchanted” is just as magical as its precursor, we’re sure it will be successful, as well. If only we get a chance to see it sooner rather than later.

Are you excited for a possible sequel to “Enchanted”? Let us know in the comments!