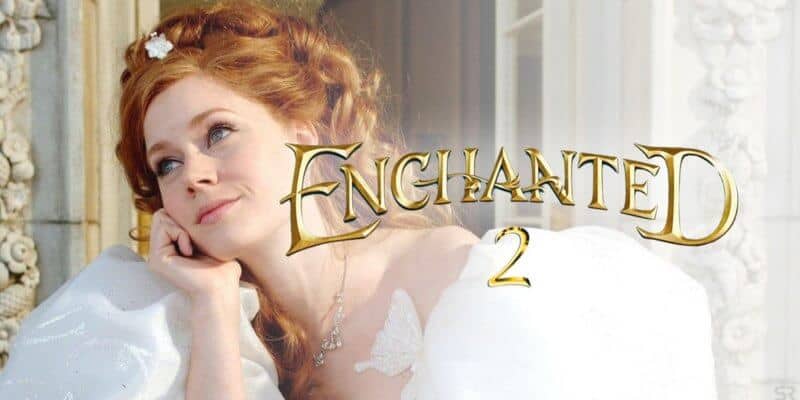 Twelve years ago, Disney fans fell in love with “Enchanted” and the adventures of Giselle (Amy Adams) in the not-so-magical New York City. After what feels like an eternity, how much closer are we to seeing “Enchanted 2” on the big screen?

As of now, Disney has not officially green-lit “Disenchanted,” the whimsical follow-up to the beloved 2007 film. However, the sequel has been in the works for a while. Talk of a sequel started in 2010, but things have been moving at a pretty slow pace.

In 2016, Disney hired Adam Shankman to direct “Disenchanted” with a script from David Stem and David Weiss. According to The Hollywood Reporter, the sequel is “set 10 years after the first movie, with Giselle finding herself questioning her happily-ever-after life and accidentally triggering events that make everyone’s lives turn upside down in both the real world and in the animated kingdom of Andalasia.” At that time, Disney was reportedly hoping to start filming in Summer 2017.

In February 2019, Shankman was a guest on Stagecraft, Variety’s theater podcast, and offered hope for the sequel. “We’re all here, we’re ready to go. We love what the story is about,” he said.

As Shankman hinted in the interview, it seems the stars of “Enchanted” are also ready to step back into their roles. In July 2018, Amy Adams spoke about the sequel during an appearance on “The Talk.” When asked about reprising her role as Giselle, she said, “I am absolutely up for that. We’re working on it — so hopefully.”

In October 2018, her co-star Patrick Dempsey (who played Giselle’s cynical true love Robert) said the cast was hoping to get back together for a second round, but only if they could live up to the height of the first. “We’ll see what happens,” Dempsey said of the sequel. “I think it’s such a beloved movie we need to make sure it’s right before we move forward. And certainly, Amy was remarkable in that film and she’s an incredible actress and James Marsden as well. We’ll see, I hope it can live up to what we did originally, that’s the important thing. If it happens, then we do it.”

Alan Menken, the writer for the music from the first “Enchanted” film, is also on board for the sequel. In 2017, he was asked by Den of Geek about the status of the movie and commented, “Yes, we’re doing Enchanted 2. We’ve had meetings. Five films I have right now that are waiting for a greenlight. They’re all standing at the light right now, and at some point they’re going to go ‘greenlight!’”

So, it seems everyone is ready for the “Enchanted” sequel and we’re just waiting on Disney to take us back to Andalasia.

Currently, Disney has not revealed any definitive information on the sequel. However, it would definitely follow in suit with the company’s ability to take some of its greatest stories and continue them, giving new life to beloved characters and storylines.

What are your hopes for “Enchanted 2”? Share your thoughts in the comments below!