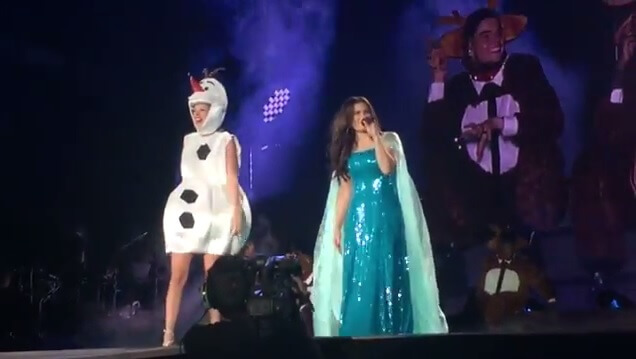 Taylor Swift visited Tampa, Florida on Halloween as part of her “1989 World Tour” and must have gotten a bit inspired by the closeness of Disney. Donning an Olaf costume, the petite star made a surprise announcement that “Frozen” star Idina Menzel would be joining her on stage to sing a duet of “Let it Go”.

Idina took the stage in her own Elsa costume to the delight of thousands of cheering fans.