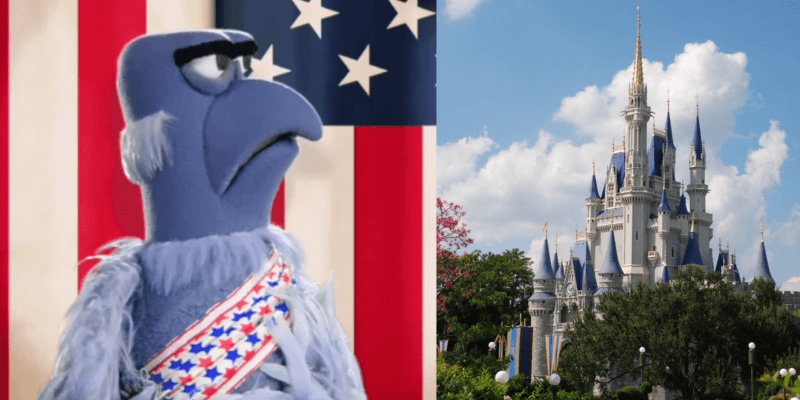 Disney has just added a brand-new feature to the Disneyland and Walt Disney World apps to help us enjoy some magic while we’re not in the theme parks: Magic Moments in Disney History.

While many of us might not be regularly checking the My Disney Experience app during the park closures, I was actually in need of the app yesterday when booking a couple of restaurants for my trip in September (hopefully not optimistic).

During the course of booking Le Cellier and The Boathouse, I noticed a brand new area of the app called ‘Magic Moments in Disney History’ and obviously immediately tapped to find more information.

If you open up the My Disney Experience App you will find the new section right under where Disney Parks Play sits.

The app describes the new feature:

Enjoy a bite-sized journey into the history of Disney theme parks, attractions and more!

Disney is showcasing a bit of information on a park or attraction and often comes partnered with a short video to keep the Disney magic alive when everyone is stuck at home. You can see an example from yesterday which featured Space Mountain below:

We aren’t sure exactly how far Disney is going to go with this but we’d expect to see daily updates featuring different attractions, theme parks, and possibly even characters.

I am holding on for anything related to the parks at the minute, no matter if the magical moment or news comes from Disneyland Resort, Walt Disney World Resort, or any of the other worldwide parks!

We wouldn’t be surprised to see the app cycle through every park from the Magic Kingdom and Animal Kingdom to Disney’s Hollywood Studios, Disney’s California Adventure, and Epcot. We’d also expect some of the most popular attractions to be featured including Haunted Mansion, Cinderella Castle, Splash Mountain, and even recent additions like Mickey and Minnie’s Runaway Railway.

Magic Moments in Disney History is a fantastic way to keep checking in on the parks and the great thing about the addition is that it applies to both Disneyland and Walt Disney World as you can see below:

Here’s hoping we see something similar from the likes of Tokyo Disneyland and my local park, Disneyland Paris.

Have you been following along with Magic Moments in Disney History since the feature launched? Let us know in the comments below!