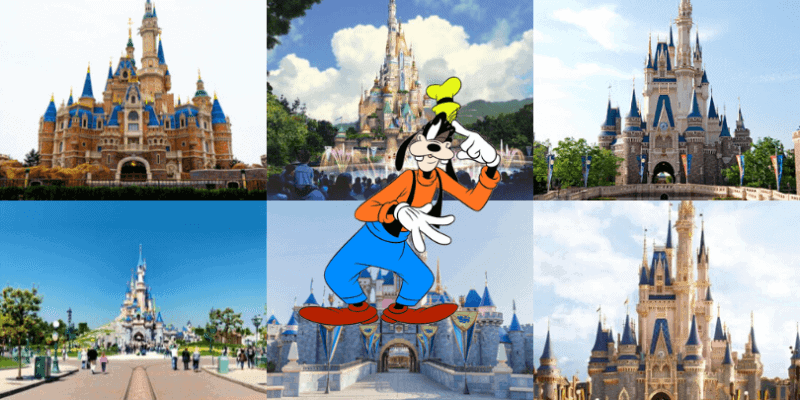 It has now been about a week since The Walt Disney Company made the call to close its last three resorts open during the ever-growing pandemic crisis. The Disneyland Resort closed its gates for only the fourth time in its 60+ year history and along with the Walt Disney World Resort and Disneyland Paris, it announced an unprecedented closure period of at least 18 days. Elsewhere in the world, the other three Disney resorts in Shanghai, Hong Kong, and Tokyo remain closed.

But while we each yearn for our favorite theme park, there are bigger stories at play. Each closure has an interesting story to tell that, in many ways, directly reflects the status of their host country or region as a whole. And if you pay attention, to the surrounding details, you can get some idea of when your favorite theme park and resort will reopen. So, let’s take today to look at each story as they have continued to develop, what we should begin to expect, and see what both an extended closure and a reopen will signify on a greater scale.

Read More: When Will Disney World and Disneyland Reopen? Everything We Know For Sure So Far!

Disney parks told us that we can expect the closure to last “through March 31, 2020,” which lead many Disniacs–including us here at Inside the Magic–to hope that the guards will open up the gates on April 1, 2020. But after hearing and covering the news that has developed over the course of this first week, that reopening is probably too good to be true.

If you have read my previous coverage of the spread of the coronavirus and Disney’s response to it, you will already know that I have stayed hopeful that the magic can endure, but I have also been pragmatic and realistic. It breaks my heart to say this, but there is mounting evidence to the notion that the Disneyland Resort in Anaheim, California, and the Walt Disney World Resort in Orlando, Florida, will remain closed well into the month of April.

As I write this article, Disneyland and Disney World are still both expected to reopen in April. However, both California and Florida are instituting government-mandated social distancing measures of some level which extend into April and May. But Disney has taken to doing the right thing during this time of crisis. Yes, everybody wants to escape to a Disney theme park, but the best way Disney can help “flatten the curve” is by not even giving people the option to come to the parks.

The key deciding factor is how long this social-distancing and shelter-in-place ordinances stay in effect. There’s no reason, at this point, to doubt that Disney parks will remain closed as long as those orders are active. 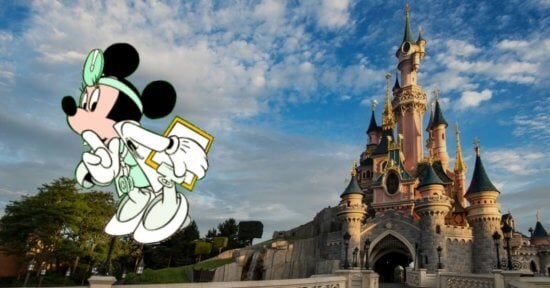 Out of all the Disney theme parks, there is reason to suspect that Disneyland Paris will be the last to reopen when all of this is over. Obviously, a reopening signals a regional victory over this crisis. But, with the situation in Italy already out of control, and France itself recording over 500 deaths due to coronavirus, and borders and travel restrictions to and around the continent continuing to tighten, it is looking like Disneyland Paris will be one of the last to close and the last to open.

The Connection Between Tokyo Disney and the 2020 Olympics 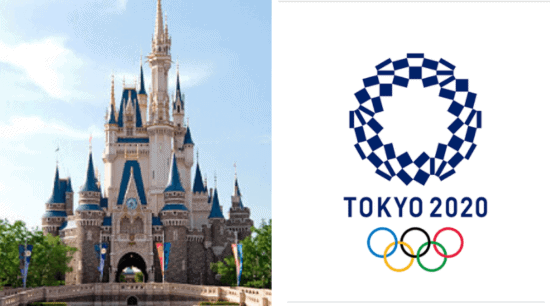 Tokyo Disney Resort was the last of Disney’s resorts in Asia. It was supposed to reopen on March 16, 2020, but the closure has since been extended through April into May. Now, Tokyo is also expected to host the 2020 Summer Olympics. While the games themselves are expected to run from July 24 to August 9, Tokyo needs to be ready for several days of massive levels of human migration as people travel into and out of the capital city.

As of now, Japan has continued to insist that the 2020 Olympics are still on. But, if the Japanese Government, the Oriental Land Company, and the Walt Disney Company don’t feel comfortable reopening Tokyo Disney Resort, how can they expect the world to see them as being ready to host the Olympic Games? The same correlation applies if reversed. If Japan announces that the Olympics have to be canceled, then we have to assume that Tokyo Disneyland, Tokyo DisneySea, and the Disney Resort Hotels will also remain closed for longer than anticipated.

Several months still stand between now and the 2020 Olympics. So, anything can still happen. But, there is no denying that the opening or extended closure of Tokyo Disney has that level of significance.

You have to feel bad for the Hong Kong Disneyland Resort. Not only has it been in the red since it opened, but the past 15 months have been unusually cruel. In 2019, the clashes between the Hong Kong people and pro-Mainland China authorities in a series of protests caused Disney’s first Chinese resort to lose hundreds of millions of dollars in profits as the civil unrest scared would-be visitors away.

But Disney’s new CEO, Bob Chapek, is not giving up on the park. He is determined to move forward on a massive revitalization effort of Hong Kong Disney that includes a brand new castle, jaw-dropping Marvel-themed attractions, and a Frozen-themed land. There is a lot to be excited about.

But Hong Kong’s 2020 has been just as unlucky. It began with a plea from the Hong Kong government to confiscate Disney-owned land set aside for expansion. Then, the resort shut down because of the coronavirus. Shortly after, Disney made a deal to lease a section of its vacant land to the Hong Kong government so it can be used as an emergency quarantine zone. Considering the Government’s initial intention to take away some of Disney’s land for themselves, one has to remain skeptical of whether or not, that emergency lease will end smoothly.

Shanghai Disney Resort was the first domino to fall when it shut down back in late January 2020. It is Disney’s only resort on Mainland China, and the closest resort to Ground Zero of this global pandemic, Wuhan.

But after several months, China has begun to announce that it has the coronavirus under control and that they are starting to get back to work. Government officials and a majority of the media remain highly skeptical of this news. And they should be until Disneyland reopens. Yes, factories are open again, and stores are beginning to reopen. But I would put this theme park in the same camp as Tokyo Disney Resort. Considering Disney’s overall significance and influence, and how Disney has continued to put the health and safety of its would-be guests first and foremost, the best way China can declare victory over COVID-19 is by announcing the complete reopening of Shanghai Disneyland.

They are taking baby steps as of now, reopening its shopping and dining district, Disneytown. But until the theme park and resort hotels reopen, don’t shout victory just yet. 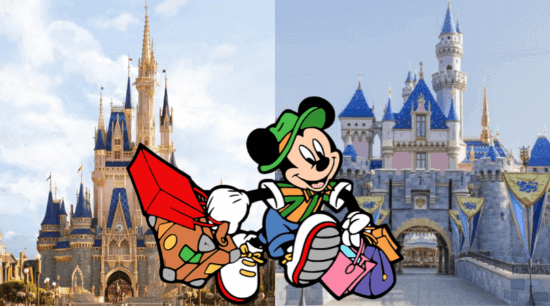 It’s okay to be concerned about your vacation, and it is completely understandable if you think it best to cancel your trip. But unless your trip sits within the confirmed period of closures don’t cancel yet. Each resort offers a special cancellation policy that waives all cancelation and change fees and provides full refunds but only during a certain time window. So if your trip is scheduled beyond the particular time window, wait. You’ll be able to cancel reprimand-free soon enough.

You can click the links below to review the updated policies for each Disney resort:

But keep your faith, trust, and pixie dust, Disniacs! One day soon the gates will reopen, the fireworks will light up the skies once again, the magic will return! Hang in there!