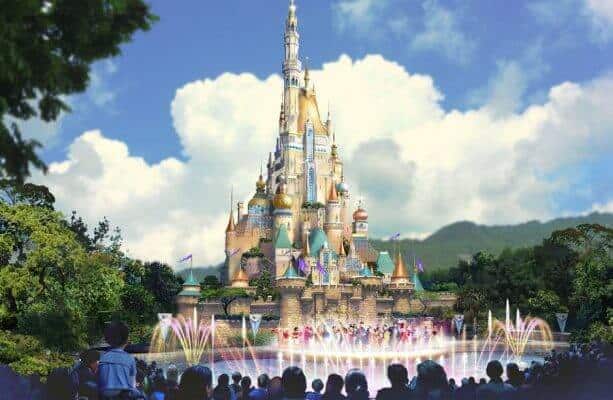 Hong Kong Disneyland holds 148 acres of land which is earmarked for its expansion project. They have now been asked by the Hong Kong government to relinquish that holding.

Let’s break this down in another segment of Disney in Plain English.

Why does the Hong Kong Government want Disney’s land?

According to TIME Magazine, Hong Kong’s government is attempting to alleviate its ridiculously high cost of living. The Secretary of Transport and Housing, Frank Chan, wants to use the 148 acres “as a site for transitional homes for those on the city’s long waitlist for public housing.” In the government’s annual policy address, they state a plan to build a total of 10,000 transitional housing units.

Hong Kong’s 2019 was smothered in relentless protests as the people all but revolted against their Pro-Mainland-China leaders. While it was stated by the protesters that they were demanding the right to elect their chief executive and more autonomy against an over-impeding Beijing, Hong Kong’s government still uses economic issues–specifically the high cost of living–as the true source of the city state’s “dissatisfaction.”

The Hong Kong government and The Walt Disney Company both share ownership of the park and have done so since it opened in 2005. In the Disney+ docuseries, The Imagineering Story, we learned how the government even reclaimed land from the sea in order to give the park enough space. It is the smallest park in the Disney Parks family.

What was in Disney’s Expansion?

The multi-year expansion plan for Hong Kong Disneyland included a totally new and original castle as well as two new themed lands: one Frozen-themed and another Marvel-themed. New attractions said to be included in the expansion is Ant-Man and the Wasp: The Nano Battle! and Wandering Oaken’s Sliding Sleighs.

The Government’s Suggestion is Nothing New

According to TIME magazine, this has happened before. The Hong Kong government has suggested repurposing Disney property for housing, even though the land currently cannot be used for residential purposes.

Still, Chan might not be swayed so easily this time. He was quoted saying, “we hope Disneyland can consider its social responsibility and allow an exemption, so that the site can be used for transitional housing.”

Hong Kong Disneyland has recorded losses since its opening, and the protests this past year made the losses even worse.  The park canceled it’s New Year’s Eve celebration, and the profits are expected to decline by $275 million by September 2020. It is Disney’s hope that by ushering in Phase II, Hong Kong Disneyland can not only be salvaged but prosperous, attracting guests from all over the world.

Is Disney going to give up the land?

Despite Disney not making any suggestion of doing so, this writer is willing to bet they’ll hold on to the land. Still, as a Hong Kong Disneyland spokesperson told the South China Morning Post, it is “a matter for discussion between the two shareholders—the Hong Kong government and the Walt Disney Company.”

Do you think Disney will give up its land to the Hong Kong government? Do you think Hong Kong Disneyland can recover? Let us know in the comments!