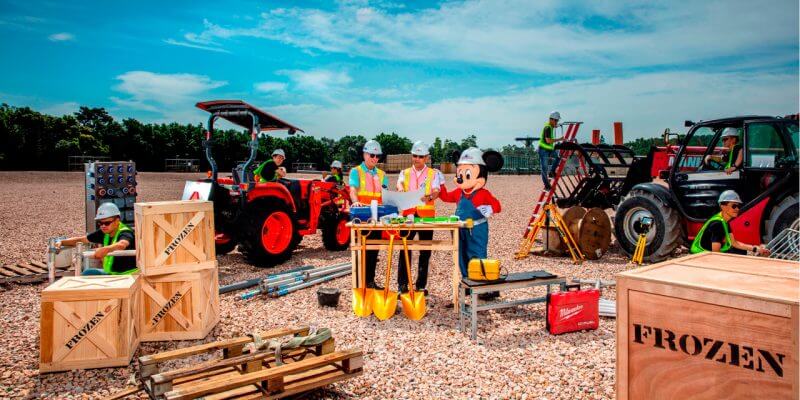 Hong Kong Disneyland is about to undergo a massive expansion that will see the addition of two new immersive lands themed to Marvel and Frozen. Today, Disney broke ground for construction to begin on this exciting new expansion.

The new Marvel-themed land will bring guests face-to-face with some of their favorite characters and will include an attraction based on Ant-Man and the Wasp. The attraction will also feature S.H.I.E.L.D. in some way. Marvel Land has gotten off to a bit of a head start with the Iron Man Experience opening earlier this year.

A new entertainment venue will also be opening in Adventureland that will see a brand new show based on Disney’s “Moana.” With the lovable characters and catchy music from the film, this new show is sure to draw a crowd. The park’s castle will also be transformed to pay tribute to Disney Princesses and new daytime and nighttime entertainment will use the new look as a backdrop.

These new additions and improvements will pop up between now and 2023, with the new “Moana” show starting it all off next year.