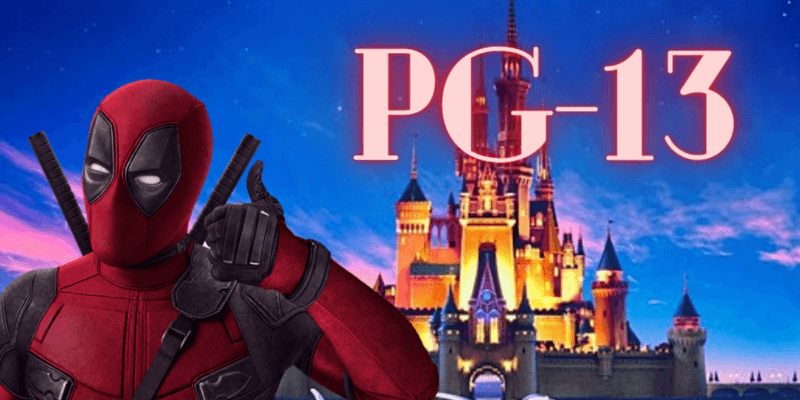 When Disney bought 20th Century Fox Studios, they got the rights to The Fantastic Four, X-Men, and everyone’s favorite Merc with a Mouth: Deadpool. Fans held their breath to see if Disney would let Deadpool keep his R-rating and were assured that he would — but now Deadpool (2016) says the R-rating might not be necessary.

Director Tim Miller of the original Deadpool film is currently promoting his Netflix series Love, Death & Robots and in an interview with Inverse, he opened up on his thoughts on Marvel Studio’s Deadpool movie which is still in the early stages of production, saying:

“I think Ryan Reynolds’ take on the character and the way he embraces the particular kind of insanity — even if you said he’s not gonna use four-letter words — would still be there. He still is that character. You can take the R-rated parts out of it if you wanted and it would still be Deadpool if Ryan was doing it.”

Related: Rumored ‘Deadpool’ Series In the Works at Disney

Tim Miller is also well known for his work on the Terminator franchise, but Deadpool was his directorial debut. It’s worth noting that Tim Miller is not currently involved in Marvel’s Deadpool 3. He split with the production after creative differences with star Ryan Reynolds, who also served as an executive producer.

But not much is known about the Marvel Cinematic Universe’s first R-Rated film. Ryan Reynolds and the Deadpool team already proved that they can make the character work with a PG-13 rating with Once Upon A Deadpool (2018) — which is a PG-13 cut of Deadpool 2 (2018).

Fans at the time pointed out that cutting out the R-rated moments did not particularly change Deadpool 2 and the whole cut was released almost like a plea to Disney to keep Deadpool/Wade Wilson (Ryan Reynolds) as he was made, even if they erased the rest of Fox’s X-Men franchise. Though New Mutants remained MCU canon.

There have been rumors of tension between Ryan Reynolds and Disney, the Canadian actor has been adamant that he wants Deadpool 3 to remain R-rated, but fans online were quick to point out that many of Deadpool’s best comic book storylines were not his most violent.

A majority of the comics he is in are rated T+ which is pretty much PG-13 in movie standards. Of course he also has 17+ stuff but a majority of other characters do also.

Not really honestly. A majority of the comics he is in are rated T+ which is pretty much PG-13 in movie standards. Of course he also has 17+ stuff but a majority of other characters do also.

Deadpool fans are divided on if they agree with director Tim Miller’s opinion that a PG-13 Deadpool 3 would be just as good as one that is R-Rated. Some point out that watering down Wade Wilson for the MCU would add to the growing criticism that all the Marvel movies are the same.

The Deadpool series is a unique take on superhero films. Deadpool was the highest-grossing R-rated at the time. It was full of jokes at other MCU films by commenting on superhero landings and the crashed helicarrier.

It even poked fun at Ryan Reynolds’s attempt at Green Lantern and Fox’s failed PG-13 version of Deadpool from Wolverine: Origins (2009). And while fans had a strong dislike for the way the mercenary was portrayed in the film, they still want him to team with Hugh Jackman’s Wolverine again.

But Deadpool is still a long round away from joining the MCU. It’s in early production with Bob’s Burgers’s Molyneux sisters, Wendy Molyneux and Lizzie Molyneux-Loeglin, confirmed as writers back in November, but Deadpool 3 is still looking for its director.

Let us know in the comments below if you would watch a PG-13 Deadpool 3.