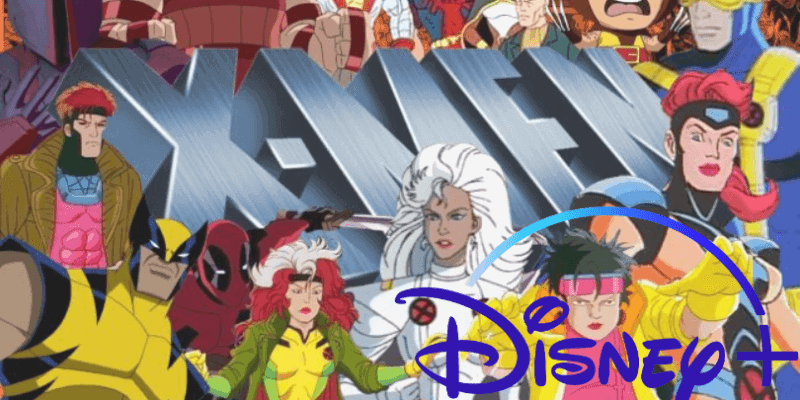 Rumor has it a sequel to the Marvel fan-favorite X-Men animated series that could be coming to Disney’s streaming service, Disney+. Here’s what we know so far.

We love the X-Men films, animated series, and comics. So when we heard from fans online that an X-Men animated sequel series could be in the works for Disney+, we knew we had to scope it out!

Cosmic Book News pointed out today that this week, fans of Marvel and the original X-Men animated series spotted new artwork on Disney’s streaming service. If you’re familiar with Disney+, you know that each user is able to choose an icon for their profile. And now, it looks like the Mutants are available as new profile icons. Take a look:

As you can see, fans of the original animated TV show can now choose from a variety of X-Men mutants for their Disney+ profile icon, from Professor X and Magneto to Storm, Cyclops, Wolverine, and more. If you’re a huge fan of the X-Men and you love the original series, then a Disney+ update like this is probably pretty exciting!

But even though these new profile icons are now available, that doesn’t necessarily mean Disney will be announcing a sequel series anytime soon. It’s clear the original X-Men animated television show has a huge following, and fans of many classic cartoons are hoping that more sequel series are in the world (Gargoyles, anyone?).

But even if Disney is working on a new series based on the original X-Men animated TV show, we’d have a lot of questions. Would it be part of the Marvel Cinematic Universe? Would it be a reboot of the original series, or would it be a true sequel? Would episodes release weekly as they typically are for Disney+? And would this be Disney’s way of continuing to produce X-Men content?

For now, Disney has seemed pretty quiet about it, but we have to admit that these new X-Men profile icons based on the animated series characters seem too out of the blue to go unnoticed. Disney+, we’re keeping our eyes on you. And if there is an X-Men animated sequel series Disney is working on, we can’t wait to find out about it!

Related: “X-Men” films are coming to Disney+ in certain markets

So what’s your take on this? Do you think Disney only added X-Men profile icons because the original animated series is getting a lot of views on Disney+? Or is there more to this story and an animated sequel series is in the works? Let us know what your thoughts are (and which ’90s cartoon you hope gets a sequel series on Disney’s streaming service) in the comments below.

Comments Off on Is An X-Men Animated Series Sequel Coming to Disney+? Signs Point to Yes!