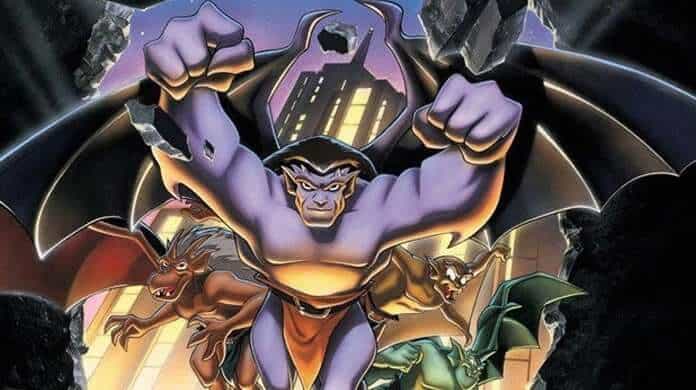 If you love Disney+ as much as we do, then you’ve probably been binge watching all of your favorite childhood shows since the new streaming service launched. Well, if you’re a fan of the hit 90s cartoon  Gargoyles, your viewing of the show could lead to something pretty awesome. The show’s creator says that of  Gargoyles fans continue to binge the series on Disney+, the show could get a reboot in the future.

If you’re unfamiliar, Gargoyles is a very popular animated series from the 90s. The show follows a group of heroic night creatures that vow to protect modern, day New York City. Fans regard it as highly underrated and have been missing it ever since it ended years and years ago. The show has a somewhat dark tone, but it’s currently on Disney+ completely uncensored, and fans of the original love watching it so much that they hope the series will be revived. And apparently, so does the creator.

After Disney+ launched and fans of the 90s cartoon started binge watching it, the show’s creator Gary Weisman took to Twitter to share his high hopes for the future of the animated series.

“We [can] Live Again! #KeepBingingGargoyles on #DisneyPlus!! This is exactly how the #YoungJustice fandom brought YJ back. It can happen to #Gargoyles too!” he Tweeted. He referred to the fact that fans have had a lot of power in the past when it comes to bringing back their favorite shows for a revival, reboot, or sequel series, specifically citing Young Justice as an example.

We [can] Live Again! #KeepBingingGargoyles on #DisneyPlus!! This is exactly how the #YoungJustice fandom brought YJ back. It can happen to #Gargoyles too!

Since then, Weisman has continued to use Twitter as a way to spread the word about Gargoyles and has even retweeted fans who are sharing their love for the show.

I watched gargoyles in its original run in 1994 at 9 years old. Blown away.

I am now part of the #keepbinginggargoyles and I’m amazed how well the show STILL HOLDS UP 25 years later. Best Western cartoon of all time, by far. Thanks for making something that defined my childhood

At this time, it’s unclear what the future holds for a Gargoyles revival. Maybe the show will be coming back just like Ducktales did, or maybe Disney+ is the only way you can get your  Gargoyles fix from here on out. Either way, it’s clear that Weisman isn’t the only one who’s excited about a possible Gargoyles reboot. Some fans have even signed a Change.org petition in hopes of Disney bringing back the show. The petition’s creator, Samantha Inman, writes below:

This is a show about more than magic and myths, it’s about the importance of family, the development of characters to be more than black and white but complex, and the show is incredibly inclusive and with brilliant story writing. We need this show back!

This show has a loyal fan base, and it’s a generational show, it gets passed down and shared among friends and family. We want to be heard and we want this show back for the future generations to have a show with characters like we did. We want them to bring back characters whose stories were never finished.

25 years ago these stories were halted, it was a time of youth for this generation, 25 years later we want the answers and our complex gargoyles back! Let the Gargoyles rise again!

Gargoyles is among the dozens of original Disney cartoons available for viewing on Disney’s new streaming service. At the time of this article’s publication, we’re not sure whether or not Disney has future plans for the series. For now, we’ll be spending the rest of our lives binge watching our favorite Disney shows on Disney+…or at least, watching them until they get the revivals we all think they deserve!

Do you want Gargoyles to get a revival? Let us know in the comments!