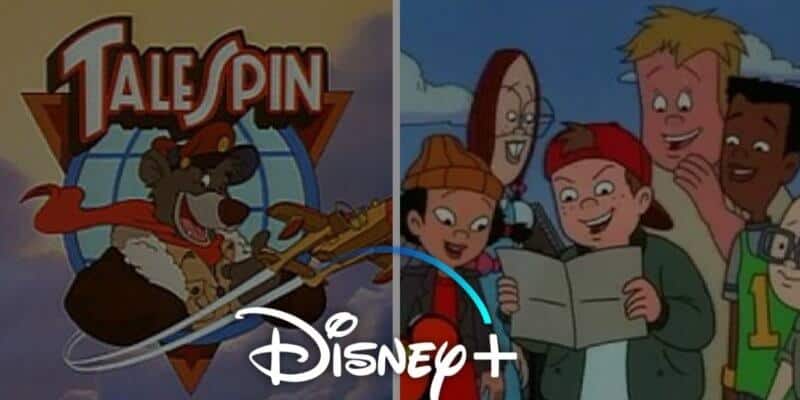 Can you believe it is almost time for the new Disney streaming service, Disney+, to launch in the US?

Disney+ will be available in the comfort of your home starting on November 12 with a ton of content to stream. From original Disney animated films to original Disney cartoons to brand new Disney+ original TV shows and films, Disney fans everywhere will be busy for quite some time with all of this content.

With everything coming to Disney+, Disney fans are wondering where to even begin.

We have a complete list of all your favorite childhood content coming to the new Disney streaming service, which will be available on launch day! That’s right, you won’t have to wait to reminisce and throw it back to the old school cartoon favorites like TaleSpin, Recess, and Goof Troop!

Here is a list of animated Disney classics coming to Disney+ on day one (November 12).

The new Disney streaming service, Disney+, will also have The Simpsons (1989) available at launch day.

Disney+ subscriptions will cost $7, or $13 a month bundled with ESPN+ and Hulu. Also, select Verizon users can get Disney+ for free.

Are you ready to relive your childhood with some of these Disney characters as they return to your living room thanks to Disney+?