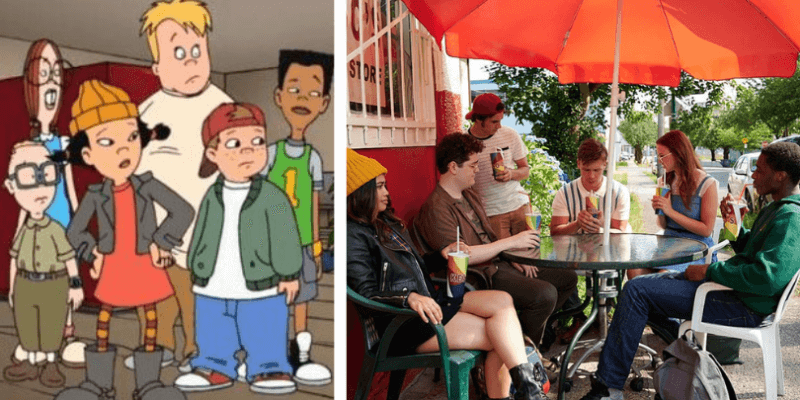 Ever wonder what happened to the kids of 3rd Street Elementary School when they were teenagers? Disney never continued the story of the popular 1990s Disney Channel cartoon “Recess,” so one group of fans is creating a live-action film remake of their own. It looks like the next remake of a popular animated Disney program will be made by fans of the original series instead of Disney, and we’re so excited to see how this turns out.

So many of us grew up watching “Recess,” a Disney cartoon from two decades past that followed the lives of a group of relatable elementary school kids and the misadventures they got up to. And with all of the recent announcements and rumors of upcoming live-action remakes of animated Disney classics, it’s no wonder a group of “Recess” fans from Canada decided to create a remake of their own. But this one’s with a twist: instead of completely remaking the cartoon, the fans are continuing the story and sharing what they think would have happened to the group of kids from “Recess” once they got to high school.

Here’s how AV Kid’s Crew, the team creating the live-action “Recess,” has pitched their fan-made film:

Picture 10-year-old you sitting in front of the TV, watching TJ, Spinelli, Gretchen, Vince, Mikey, Gus, Randall, the Ashleys and the rest of the colourful cast at 3rd Street Elementary School getting up to their usual hijinks. You lay your head to rest that night and dream about being part of this group and then awake 20 years later and think: “Hey, I wonder what happened to the Recess gang when they went to high school?” Well, YOU’RE WELCOME, because we’re here to answer that question for you!

According to the synopsis shared on the Indiegogo campaign, the film follows Mikey after he gets his heart broken by Ashley A. as TJ and the rest of the gang attempt to cheer him up. But as the group of friends tries to get Mikey to smile again, they discover “something more sinister than a breakup is brewing at Third Street High.” We’re not sure exactly what mischief the gang will get up to in this upcoming film, but we’re intrigued by the synopsis and we hope we get our chance to see it.

If you’re interested in helping bring the fan-made, live-action film version of “Recess,” be sure to check out the team’s Indiegogo campaign here to donate to their cause. The movie is currently in post-production and the team hopes to release it online this August so fans everywhere can enjoy it free of charge.

What’s one Disney show or movie you’ve always wanted a sequel or remake for? Let us know in the comments!