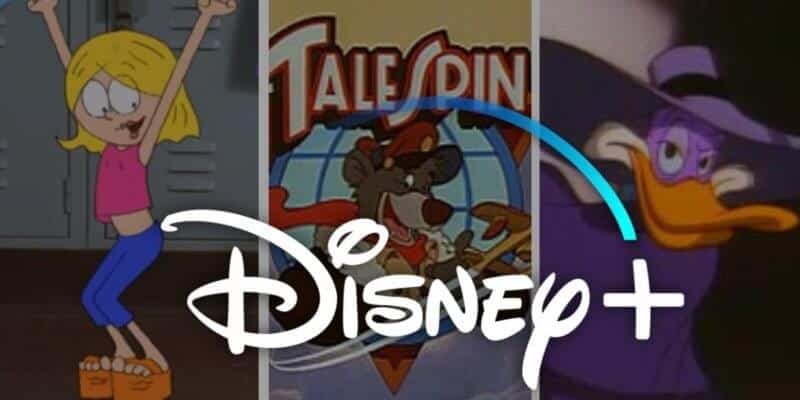 Disney+ has officially made its launch on Tuesday morning with plenty of Disney movies and television series. Disney fans who are subscribed to the new streaming service can now binge Disney, Star Wars, Marvel, Pixar, and National Geographic series, including the highly anticipated The Mandalorian.

But that’s not all because there are several Disney Original series from way back in the day on Disney+, all available at launch, and fans from across the nation have taken to social media as Disney fans everywhere are reliving their childhoods.

Television series such as Gargoyles and Darkwing Duck are two of the big ones which are currently trending on Twitter.

You know it's gonna be a good day when you see #DarkwingDuck and #Gargoyles trending. pic.twitter.com/LYvv4FU4Oh

Other Disney Channel Original Series are also currently trending on Twitter, such as one of my personal favorites (and am currently binge watching), Lizzie McGuire!

#DisneyPlus is up and you betcha I'm watching Lizzie McGuire pic.twitter.com/vcrww3YwB5

But that’s far from the only Disney Channel Original Series currently available. 90s babies can relive their childhoods by binging tv series such as That’s So Raven, The Suite Life of Zach and Cody, Even Stevens, Hannah Montana and more! It’s safe to say… it’s going to be a good day!

When you login and see Disney+ has Lizzie McGuire, Smart House, & Suite Life of Zack and Cody #DisneyPlus pic.twitter.com/Srssxy11IL

As a 30 year old man, it’s completely acceptable to call out of work to binge watch Even Stevens and Lizzie McGuire, right? #DisneyPlus

Lizzie McGuire,that’s so raven,boy meets world, smart guy, smart house, freaking zenon!! Y’all….. I’m so excited I’m gonna watch my everything from childhood and get in the feels pic.twitter.com/dau3BEL6gX

Some of the Disney content on the service includes classic Disney movies like Sleeping Beauty, The Lion King and Disney Pixar Toy Story as well as original Disney+ tv series and films such as High School Musical: The Musical: The Series and the new live-action Lady and the Tramp. Animated series such as The Simpsons is also currently available to binge watch.

Disney fans can also go into the Marvel Cinematic Universe thanks to films such as Avengers: Endgame and Captain Marvel, both now available on Disney+.

Another aspect of the streaming service that subscribers, including myself, are looking forward to are all the documentaries that will be available, especially Encore! from executive producer, Kristen Bell and the highly anticipated Disney+ original series, The Imagineering Story, which gives subscribers a behind-the-scenes look at how Imagineers bring Disney magic to life as well as an exclusive look at some of the upcoming Disney Parks attractions.

What is first on your must watch Disney+ list? Let us know in the comments.