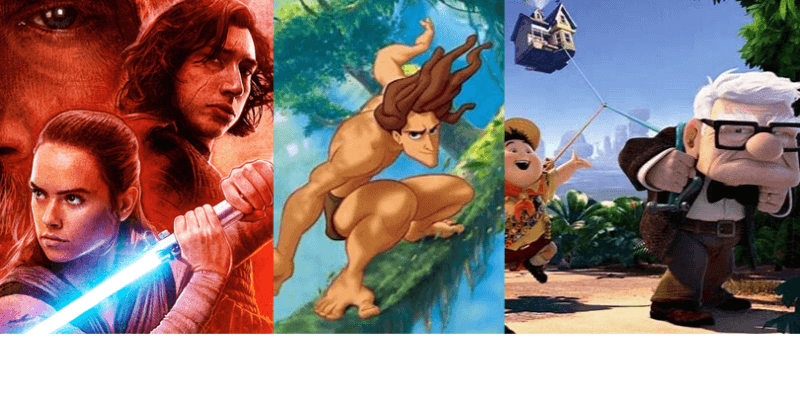 Have you signed up yet for a subscription to Disney’s new streaming service, Disney+?

The new service, set to debut on November 12, will feature an extensive list of Disney films, original new series and never-before-released content. But if you’re under the impression that every film ever made by Disney and its subsidiaries will be on the launch day roster, let us dispel that myth now.

In fact, the list of titles that will not be immediately streaming on Disney+ downright shocked us, and some omissions seem to have taken place for no real rhyme or reason. (Up and Tarzan? Why not, Disney?)

Those live-action remakes of Disney classics that have been popping up left and right? You might be surprised to learn that some of them won’t be available to stream on launch day. Don’t look for Disney’s remake of Beauty and the Beast and the live-action reimagination of The Jungle Book on day one. They won’t be there. And calling all Pirates of the Caribbean fans: you’ll be happy to know that every part of the swashbuckling franchise will be available on Disney+. Well, almost every part. But if you’re partial to the final film of the franchise, you might find yourself struck silent, as Dead Men Tell No Tales will not be a part of the Disney+ launch day line-up and you’ll have to wait to watch this one.

And there’s no telling how many fans are subscribing solely for the Star Wars content, but fans of the galaxy far, far away won’t be streaming The Last Jedi anytime soon thanks to a previous Netflix agreement that’s still in effect. The same is true of Solo: A Star Wars Story. The good news is that both will eventually join their sister films in the promised land of Disney+ once those pesky Netflix agreements meet their term.

And forget about Pixar’s Incredibles 2 for now, as it has also been plagued by the carryover Netflix agreement.

Avengers: Endgame will be available on Disney+, but not until December, and Avengers: Infinity War won’t be on the launch day line-up.

And don’t get us started on the Spider-Man films. Remember that those are distributed by Sony, not Disney, meaning that Peter Parker and friends will have to hang out on the Starz streaming service for now, acccording to their respective agreements at this time.

P. S., The Incredible Hulk has the same complicated relationship with Universal. So, well, it’s complicated.

But since the line-up of what will be on Disney+ took the entertainment giant 3 hours and 17 minutes to go over in this YouTube video, there’s no doubt you’ll have something to do while you wait for these omissions to hopefully be added to the new streaming service. You can visit Disney+’s website to subscribe and to learn more about new content set to debut on November 12.

Have you subscribed to Disney+ yet? Does anything on this list make you change your mind? Let us know in the comments section below.