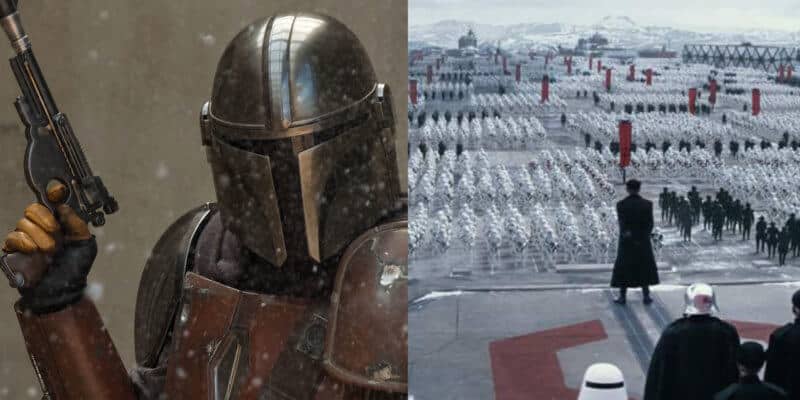 Star Wars fans everywhere can’t wait for the premiere of Disney+, which will include the release of the first-ever live-action “Star Wars” television series “The Mandalorian.” This highly anticipated series is set to tell the story of a lone bounty hunter beyond the reaches of the New Republic. And according to a new interview with the show’s director, it seems the series will also give Star Wars fans a look at how the infamous First Order dictatorship we’ve come to know and fear rose to its massive power in the universe.

“The Mandalorian,” which comes from creative film and TV geniuses Jon Favreau and Dave Filoni is set to take place five years after the events of “Star Wars: Return of the Jedi” and due to this placement in the Star Wars universe, the series will be able to show fans the origins of the extreme power lead by Supreme Leader Snoke. Specifically, as it rises following the fall of the Galactic Empire in “Star Wars: Return of the Jedi.”

“This doesn’t turn into a good guy universe because you blew up two Death Stars,” said “The Mandalorian” director Dave Filoni in an interview with EW. “You get that the Rebels won and they’re trying to establish a Republic, but there’s no way that could have set in for everybody all at once. You have in a Western where you’re out on the frontier and there might be Washington and they might have some marshals, but sometimes good luck finding one.”

“Also, what could happen in the 30 years between celebrating the defeat of the Empire and then the First Order?” added Favreau. “You come in on Episode VII, [the First Order are] not just starting out. They’re pretty far along.”

When the first season premieres on Disney+, it will consist of eight episodes. Disney has not yet revealed whether or not the company has finalized any plans for a second season to the intergalactic show prior to its premiere on the new streaming service.

Will you be subscribing to Disney+ to check out “The Mandalorian” when it premieres on November 12? Let us know in the comments below!