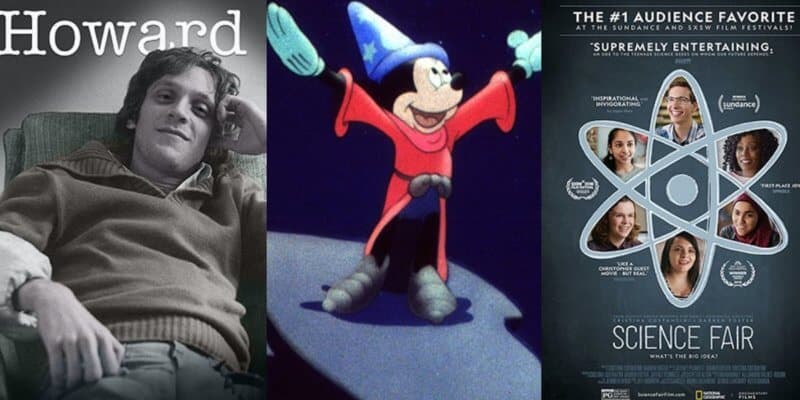 Disney fans already got a sneak peak at the new documentary series, The Imagineering Story, which will give viewers a behind-the-scenes look at some of the upcoming Disney Parks attractions as well as old footage of Walt Disney and how Disney came to be what it is today. And now, Disney+ has announced more Disney documentaries that subscribers can look forward to once the streaming service launches next month. Let’s take a closer look.

Howard, from director Don Hahn (Beauty and the Beast)

Howard is a critically acclaimed documentary which will shine a whole new light on Howard Ashman, the man who created classic lyrics to Disney animated films such as Aladdin, Beauty and the Beast, and The Little Mermaid. He also created famous musicals such as Little Shop of Horrors.

Howard will launch exclusively on Disney+ in 2020.

Morgaan Neville, the Oscar-Grammy-and Emmy award winning documentarian is going to produce a new Mickey Mouse documentary and will give Disney fans a new look at how “it was all started by a mouse.” This documentary, though untitled at the moment, will focus on Mickey Mouse and his deep significance and cultural impact. Jeff Malmberg will direct.

Science Fair is a National Geographic Emmy-winning documentary which will stream exclusively on Disney+ the day it launches! Disney+ subscribers will be able to watch a documentary that received top honors from the audiences in both the Sundance Film Festival and SXSW. The team behind Science Fair was inspired by the journey of nine high school students from around the world  who compete at both The International Science and Engineering Fair. Science Fair dives deep as these students have to navigate their rivalries and some unfortunate setbacks along the way.

People & Places is an upcoming series which will showcase true stories about real and inspiring people from around the “who embody the Disney ethos.” Disney+ subscribers will see a mix of both established filmmakers as well as up-and-coming filmmakers who continue the tradition by Walt Disney in his Academy Award-winning series of documentary shorts from both the 50s and 60s.

This previously announced series will dive into a variety of topics, including Marvel’s influence and relationship with hip-hop as well as showcase the cosplay community from all around the world.

The first episode of Marvel 616, “Higher, Further, Faster,” will be directed by actress/filmmaker Gillian Jacobs and will show the representation of the incredible women of Marvel Comics.

Wolfgang Puck is a famous chef who has built a brand from the ground up. He is known for some of the best restaurant hospitality as well as all aspects of the culinary arts. He currently has three companies: Wolfgang Puck Fine Dining Group, Wolfgang Puck Catering, and Wolfgang Puck Worldwide, Inc.

This documentary will show Disney+ subscribers a closer look at the life and work of Wolfgang Puck and will be directed by Supper Club co-found, David Gelb.

From executive producer, Kristen Bell, Encore! will bring together former cast members of high school musicals and then follow along as they re-create their original performance.

During the special event, Kristen Bell shared an extended look at the unscripted series and revealed that The Sound of Music, Beauty and the Beast, and Annie are just some of the musicals that they will revisit.

Marvel’s Hero Project will be available exclusively on Disney+ at launch on November 12.

The World According to Jeff Goldblum

Jeff Goldblum invites Disney fans into his mind as he explores very familiar objects and inspires us to look at them in a brand new way.

Are you looking forward to the launch of Disney+ on November 12?

Comments Off on More magical Disney documentaries announced for Disney+