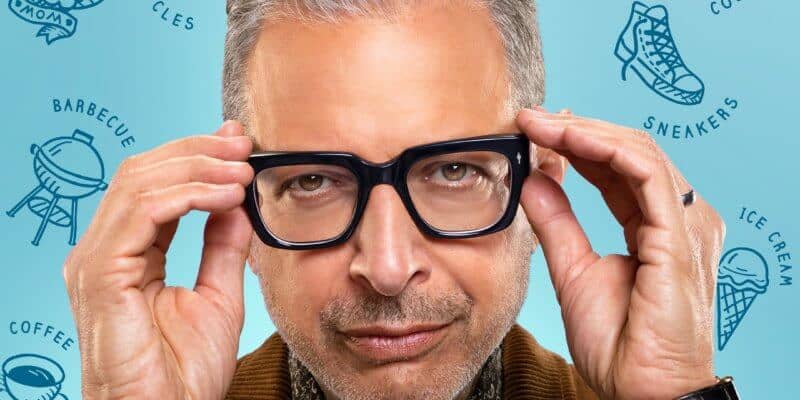 “The World According to Jeff Goldblum” will be joining the Disney+ lineup when the new streaming platform launches this fall, and attendees at this year’s D23 Expo were treated to a panel by Jeff Goldblum himself, along with a first look at the series’ poster art.

An extraordinary look at ordinary things. The World According To Jeff Goldblum. Original Series. Streaming November 12 only on Disney+. pic.twitter.com/jLJ5uXJxaX

This all-new docuseries will be produced by Jane Root’s Nutopia for National Geographic, and it makes up just one of the National Geographic docuseries set to debut on Disney+. D23 shared the first poster art for the show during today’s panel, and everything we’re hearing about the new series has us setting all our reminders for its November 12 premiere.

Anxious to share his thoughts on the series that will allow viewers to “see the world through his eyes”, Jeff Goldblum was on hand at D23 to share a preview of what fans can expect on the new Disney+ exclusive series. Disney+ describes the show as a way for viewers to learn about the world around them as “Jeff pulls back the curtain on a seemingly familiar object to reveal a world of astonishing connections, fascinating science, and a whole lot of big ideas”.

While Goldblum is obviously well known throughout the film world, fans last saw him work with Disney in 2017’s “Thor: Ragnorak” where he played The Grandmaster.  To see Goldblum in his all-new Disney+ exclusive, you’ll want to sign up for the service’s November 12 launch (at just $7/month!), just plan on getting your own account if you want to watch this docuseries and others uninterrupted as Disney+ is already shaping up to have a plan to combat password sharing and piracy.

In addition to “The World According to Jeff Goldblum” Disney+ will launch with plenty of Disney content along with Pixar’s entire library (“Toy Story 4” excluded). Marvel Cinematic Universe will also join the streaming service for its launch including “Captain Marvel,” “Iron,” “Iron Man 3,” and “Thor: The Dark World.”

Are you all ready to sign up for Disney+? Which new series are you looking forward to most?