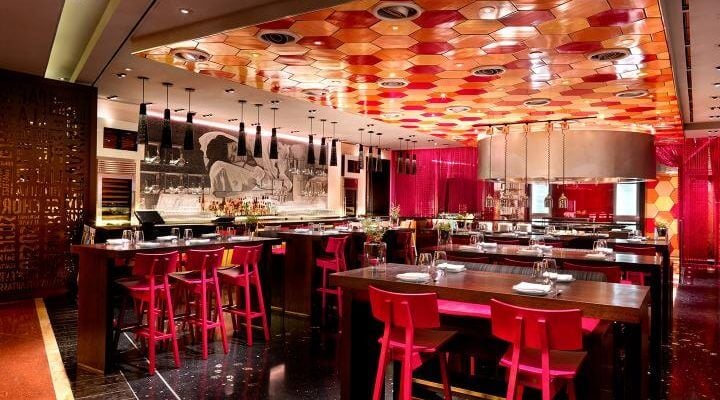 Located next to the Coca-Cola store and accessible from the Orange Garage and Disney Springs Bus Loop, this is the fourth “Bar & Grill” restaurant from celebrated chef Wolfgang Puck. Diners will find some of the chef’s signature dishes, such as classic pizzas, alongside new menu items. One tempting entree is the Olive Oil Seared Red Snapper with mussels, clams, and fennel. In addition, homemade gelato and desserts offer a sweet ending to your meal.

To read the full menu and make a reservation, head over to the Walt Disney World website.

Even more exciting restaurants are heading to Disney Springs next year.

Jaleo, a concept restaurant by Chef José Andrés’ ThinkFoodGroup, will open on the West Side. An extensive menu of tapas reflect the regional diversity of contemporary Spanish cuisine. Dishes include paella, hand-carved Jamon Iberico de Bellota and wood-grilled Iberico pork. There are already five Jaleo locations across the United States and in Mexico City, but this will be the first in Florida. The first floor of the restaurant will have “grab-and-go” Spanish sandwich options. A new concept restaurant from Wolfgang Puck is also scheduled to open next year. Wolfgang Puck Bar & Grill is a modern twist on the bar and grill inspired by traditional farmhouses. Puck’s laid-back California style will be on display with a menu that highlights his signature dishes of comfort food with a Mediterranean flair. Jaleo and Wolfgang Puck Bar & Grill are set to open in 2018.