No More Grogu? The Mandalorian Might Get an Exciting New Best Friend - Inside the Magic 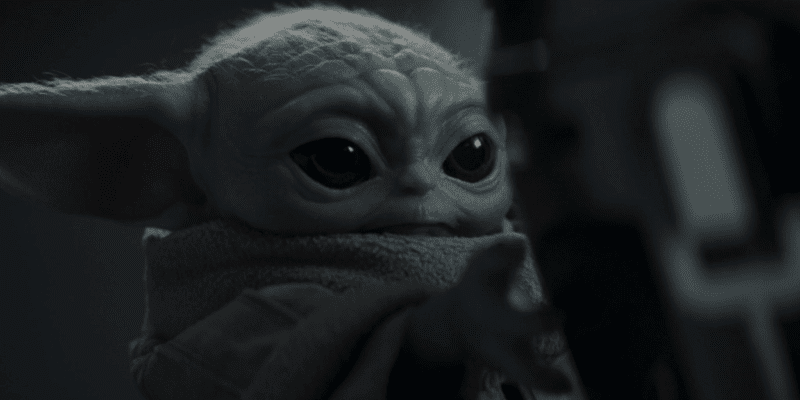 When showrunner Jon Favreau and executive producer Dave Filoni’s The Mandalorian debuted on Disney+ on November 12, 2019, it took the Star Wars fan community by storm.

Then, quickly, the show’s cutest character — then known only as “The Child” or “Baby Yoda” — became a pop culture phenomenon, and people who had never even seen a Star Wars movie became instant fans of Mando. For two seasons, we dutifully followed the adventures of titular character, Din Djarin (Pedro Pascal), and his tiny 50-year-old foundling, whose real name is Grogu.

Then, during the Season 2 finale episode, Djarin finally completed his mission to deliver Grogu to the Jedi Order — by way of none other than Star Wars icon Luke Skywalker (Mark Hamill).

Now that Grogu is completing his Jedi training with his new Jedi Master — presumably at Skywalker’s new Jedi Academy — it’s likely that the little alien won’t appear in The Mandalorian Season 3, at least at first.

So, where does this leave our beskar armor-clad hero? Possibly with a brand-new best friend (of sorts).

We already know that Favreau and Filoni are about to introduce Star Wars Rebels’ villain Grand Admiral Thrawn into their live-action saga, probably by way of Mandalorian spinoff, Ahsoka. Thrawn’s name was mentioned in “Chapter 13: The Jedi” when Djarin and Ahsoka Tano (Rosario Dawson) teamed up to defeat Corvus Magistrate Morgan Elsbeth (Diana Lee Inosanto).

Karrde is the perfect fit for The Mandalorian. He’s a Lando Calrissian type who could add some extra swagger to the series moving forward. As Jedi Net noted:

“[Karrde is who Han Solo] might have been… if [he] hadn’t linked up with Leia,” in the words of his creator, Timothy Zahn, in an interview given to Star Wars Adventure Journal, Number 1, February 1994. Think of Han Solo—the original Han Solo who shot first in the Mos Eisley Cantina. Now imagine that Han Solo without a steadfast friend like Chewbacca, without a moral compass like Luke, without the love of the Princess.

Now that Grogu is gone, at least for the foreseeable future, Djarin needs a new best friend — someone who can feed him information and provide support. Plus, at this point, with the Razor Crest gone (RIP) and Slave I on Tatooine with bounty hunter Boba Fett (Temuera Morrison), Djarin needs a ship.

Could Karrde’s Wild Karrde (yes, that’s its real name) become Djarin’s new transport as he figures out how to handle the Darksaber and, potentially, tries to avoid a major battle with Bo-Katan Kryze (Katee Sackhoff)?

As Inverse pointed out:

He was solely focused on his dealings in smuggling and information, and the relationships he needed to keep a steady supply [ultimately leading to Mara Jade leaving him].

These resources are what make him perfect for The Mandalorian Season 3. After his abandoning of the Bounty Hunter’s Guild, Din needs a friend with reliable information to help him in whatever mission he undergoes, whether that’s conquering what remains of the Empire or tracking down Grogu.

Only time will tell if Karrde becomes part of the existing Star Wars canon, but he would certainly bring a new — and much-needed — dimension to The Mandalorian Season 3.

What do you think? Will Talon Karrde appear in the third season of The Mandalorian, Ahsoka, Rangers of the New Republic, or The Book of Boba Fett?