Giancarlo Esposito's Daughters Beg Him to Save Grogu, He Responds Like Moff Gideon - Inside the Magic 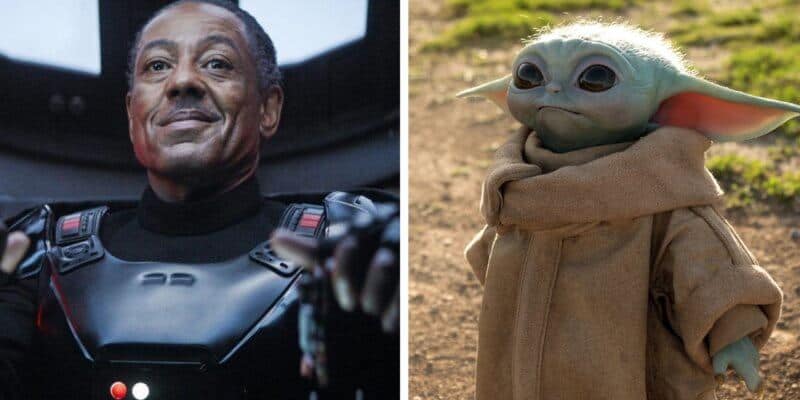 Before we begin, there will be slight spoilers ahead from The Mandalorian Chapter 16: The Rescue. If you still have to watch, go grab a snack and a seat on your couch, and then come back here!

The Mandalorian has been the talk of the internet for the past few weeks as the show’s plot thickened with intensity and the Season 2 finale dropped on Disney+, sending Star Wars fans through a whirlwind of intense emotions (shout out to the biggest mic drop of the season, Book of Boba Fett). The show’s villain Moff Gideon (Giancarlo Esposito) had us on our toes since Chapter 14: The Tragedy when he stole Grogu from the care of Din Djarin (Pedro Pascal) and boarded him on his Imperial Cruiser after the Dark Troopers snatch him from the Seeing Stone.

It’s no surprise that Grogu (AKA Baby Yoda) is the most popular character to come out of The Mandalorian. With merchandise popping out around every corner and families using Grogu to top their Christmas trees this holiday season, I assume most Mandalorian fans were in distress once Gideon got ahold of the foundling.

It turns out, there were some Mandalorian fans that were very concerned for Grogu’s safety — Giancarlo Esposito’s daughters. Star Wars Facts & News (@SWTweets) quoted an IGN interview where the Moff Gideon actor said that he was contacted by all four of his daughters who said, “Papa, please don’t hurt that baby. Don’t hurt that baby.”

Considering they are all big Mandalorian fans, it seems like the Esposito’s daughters said what we were all thinking. The fun comes in when we hear Esposito’s response. He texts back, “I will squash that little big-eared bastard.”

His response was ‘I will squash that little big-eared bastard' pic.twitter.com/T2C71YgljU

This is the most modern Moff Gideon answer that I could possibly imagine, and also, kind of hilarious. Considering that his daughters were clearly distraught not knowing Grogu’s fate (and didn’t want their dad to be the one who killed the world’s favorite little green puppet), responding with such a menacing and vivid murderous description only pokes fun at their fears. Although Esposito is not a real life villain, after seeing him play the notorious Gus Fring in Breaking Bad, and now Moff Gideon, it is quite clear he pulls off evil while on-screen!

After seeing the finale, we know that Gideon did not succeed in any ear crushing (even with his Dark Trooper fleet), but instead Mark Hamill reprised his Luke Skywalker role to pick up Grogu alongside R2-D2, we definitely thought this could be a possibility.

The Mandalorian Season 3 is set to come to Disney+ during Christmas 2021, and until then we are going to just need to wait and see what unfolds for Moff Gideon in the hands of the Mandalorian.