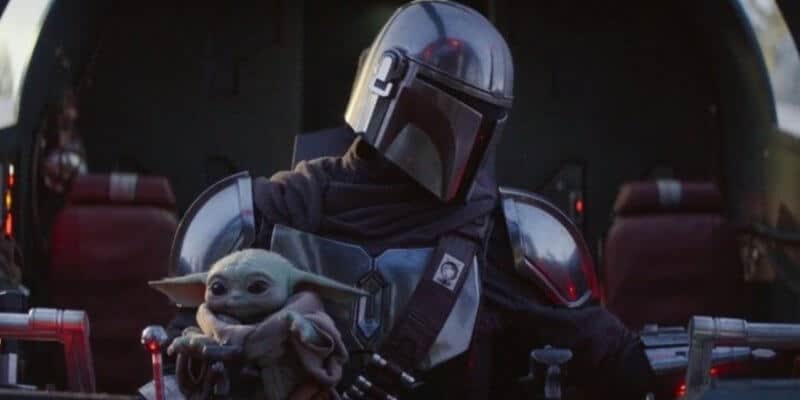 Recently, we reported on an incredible life-size version of Din Djarin’s Razor Crest ship made by Russian Star Wars fans.

The amazing 50-foot-long replica of Din Djarin’s pre-Imperial ship cost over $10,000 USD to construct and was built by Ayaal Fyorodov, who uses the name JustAyaal on YouTube and Instagram.

Fyorodov and his team posted a series of videos while they built the amazing Star Wars starship replica. You can view the teaser video of their completed project below:

Tragically, the fan-made version of the Razor Crest has now met the same fate as the real Razor Crest did in The Mandalorian Season 2. It was recently blown to bits in a Russian windstorm. Reddit user Don_Rumata_Estorsky posted, “Remember Russian guys who made real life Razor Crest replica? It was destroyed by wind…”

Other Reddit users chimed in, noting that the destruction of the project actually made it more realistic. Benjamin Grimm said, “That only makes it more authentic, after Season 2.”

Another Star Wars fan, ILoveElsaofArendelle, chimed in with, “Getting PTSD flashbacks from watching it.”

These fans were, of course, referring to the destruction of the actual Razor Crest in The Mandalorian Season 2.

Most Star Wars fans didn’t even realize how attached they were to the Mandalorian ship until it was gone — and Hasbro’s HasLab Razor Crest crowdfunders were livid about the $10 million the company took to create a Razor Crest ship toy, even though they presumably knew it would meet its demise.

Prior to its destruction, the Razor Crest had appeared in every episode of The Mandalorian, becoming a major part of “Baby Yoda” and Djarin’s Outer Rim adventures.

At this time, it is unknown what ship Pascal’s titular Mandalorian bounty hunter will use in The Mandalorian Season 3, but it presumably won’t be Fett’s iconic Slave I, which played a major role in “Chapter 15: The Believer” and “Chapter 16: The Rescue”.

Following Grogu’s rescue — and subsequent delivery to the Jedi Order by way of Luke Skywalker (Mark Hamill) — Fett and Shand took Slave I to Tatooine, where they killed Bib Fortuna (Michael Carter) and overtook Jabba the Hutt’s palace, setting up The Book of Boba Fett, which will be one of three Mandalorian spinoffs.

At this time, it is unknown when The Mandalorian Season 3, Ahsoka, and Rangers of the New Republic will debut. Mandalorian creator and showrunner Jon Favreau has, however, confirmed that The Book of Boba Fett will premiere on Disney+ in December 2021.

What are your thoughts on this incredible Razor Crest replica getting destroyed — a true tragedy or ironically authentic?

Right now, you can catch Din Djarin, Boba Fett, Cara Dune, Greef Karga, and all of your favorite Mandalorian characters streaming on Disney+ anytime. Both seasons of the hit Star Wars show are currently available.