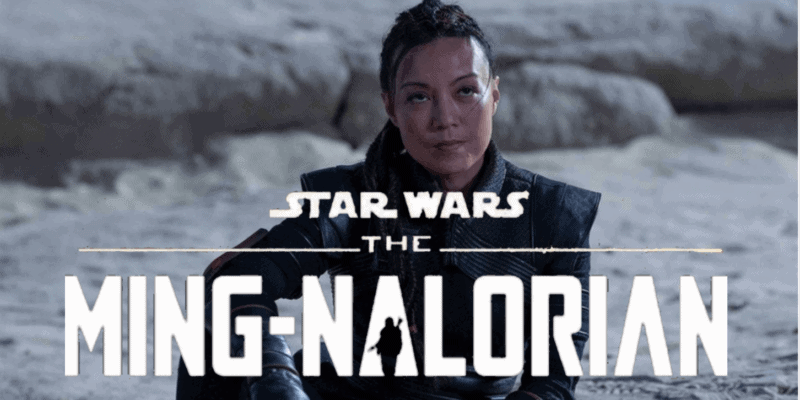 Actress Ming-Na Wen has a long-standing tenure with The Walt Disney Company. She is, perhaps, best known for voicing Mulan in the 1998 Walt Disney Animation Studios film of the same name.

Now, in addition to her cameo appearance in the live-action Mulan (2020), Wen has appeared in both seasons of the hit Disney+ series, The Mandalorian, as sharpshooter Fennec Shand — who we now know was saved by Boba Fett (Temeura Morrison) after nearly being killed in a showdown with Din Djarin (Pedro Pascal) and Toro Calican (Jake Cannavale) in Season 1’s Chapter 5: The Gunslinger installment.

I'm sure there's one coming, but I had to make a Fennec Shand character poster because my daughter WANTS ONE NOW, DAD. @MingNa #TheMandalorian #FennecShand pic.twitter.com/bUfZMNkTMe

Now, Twitter user Neil Baker has created a poster inspired by the actual The Mandalorian Season 2 character posters, but featuring Fennec Shand — who was not showcased in the earlier line-up because her return in Chapter 14: The Tragedy was a surprise.

He captioned the picture of the impressive ‘Ming-Nalorian’ fan art:

I’m sure there’s one coming, but I had to make a Fennec Shand character poster because my daughter WANTS ONE NOW, DAD.

Wen herself replied to the piece, writing:

Best fans in the world! This is funny. I love it! Ming-Nalorian.

Best fans in the world! This is funny. I love it! Ming-Nalorian.??? https://t.co/vral2YMrUm

For those unfamiliar with Fennec Shand, the Star Wars Wookieepedia shares these details about her backstory:

…a female assassin and mercenary who worked for many of the top crime syndicates [including the Hutts]. After the New Republic locked up many of her employers, she went on the run and ended up on the planet Tatooine, where she was tracked down by two bounty hunters, Din Djarin and rookie Toro Calican. After she fired on the pair in the desert, they waited till nightfall then charged at her on speeder bikes, using flash charges to cover their approach…

…Shand was eventually discovered by the bounty hunter Boba Fett, who saved her life with the use of cybernetics. In return, Shand worked as his partner. Following a skirmish against MoffGideon’s Imperial remnant on Tython, Fett and Shand agreed to aid Djarin in rescuing his foundling, Grogu, from the moff.

While Shand’s return for Season 3 of The Mandalorian hasn’t yet been confirmed, Wen has been vocal about wanting to continue playing the character in the Star Wars series.

What do you think about this stunning Mandalorian fan art?