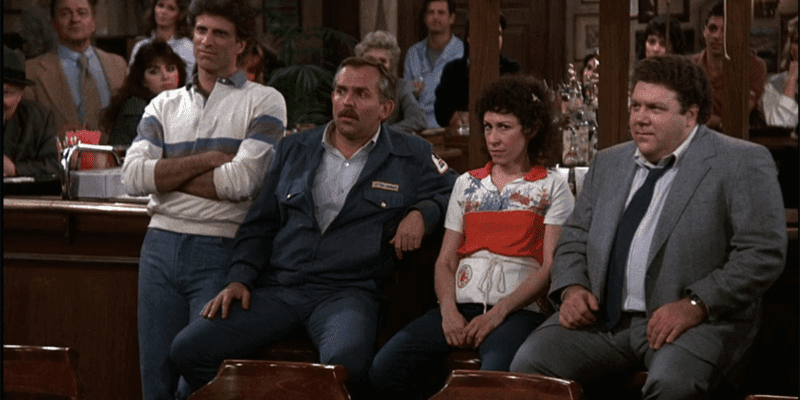 **SPOILERS For The Bad Batch Episode 5 Ahead**

If there are two franchises most entertainment fans wouldn’t connect, Star Wars and Cheers would probably be close to the top of the list. But, yesterday, the legendary sitcom and a galaxy far, far away collided when Rhea Perlman (Carla Toretlli on Cheers) made her Star Wars debut as Cid in the animated series Star Wars: The Bad Batch.

Cid, a Trandoshan informant who Echo knew provided classified details to the Jedi Order during the Clone Wars, played a major role in The Bad Batch Episode 5 (“Rampage”).

In fact, without her, Clone Force 99 — Hunter, Wrecker, Tech, Echo, and young female clone, Omega — wouldn’t have figured out which bounty hunter (it’s Fennec Shand (Ming-Na Wen) from The Mandalorian, in case you’re wondering) — was after Omega on Pantora in Episode 4 (“Cornered”).

Before Perlman’s Cid will give up the information our clone troopers need, however, they must complete a mercenary mission for her. In this case, they’re tasked with rescuing one of Jabba the Hutt’s Rancors, Muchi.

Although this should be an impossible task, the “defective” squad delivers, thanks to a lot of help from their newest member, Omega — and, much to Bib Fortuna’s delight.

Even more intriguing than the fact that Clone Force 99 was able to make good on their promise to rescue Muchi from captivity (only, presumably, to go back to captivity at Jabba’s palace, but that’s another article), is that Cid has been set up as a potential major player in The Bad Batch moving forward.

Before Hunter and Cid go their separate ways, the information broker tells him, “It’s a good thing you met me”, and offers him future work for pay, setting up her return to the Dave Filoni series in the future.

As Den of Geek aptly noted:

Cid’s offer seems like foreshadowing for a new status quo the show will turn to once it’s tackled its immediate storylines with Fennec and Crosshair, who remains brainwashed by Tarkin and the Empire. With Cid as their quest giver, the Batch could go on missions of the week, whether it’s daring rescues or stealth ops into Imperial territory. It’d definitely be fun to watch Clone Force 99 pull off a heist at some point.

While Perlman’s IMDb page only confirms Perlman’s appearance in one episode, but that could certainly change.

Rhea Perlman, although best known for her role in long-running Cheers (1982-1993) with icons like Ted Danson, John Ratzenberger, George Wendt, and Kelsey Grammer, has had a long acting career. Other notable appearances include Mrs. Wormwood in Matilda (1996), Honey in Canadian Bacon (1995), and Sally in I’ll See You In My Dreams (2015).

In addition to The Bad Batch, Perlman’s most recent appearance was as Margot in Marvelous and the Black Hole (2021). The 73-year-old actress has been married to Hollywood legend, actor Danny DeVito, since 1982 and the couple have three children.

Do you hope to see more of Rhea Perlman’s character in The Bad Batch?