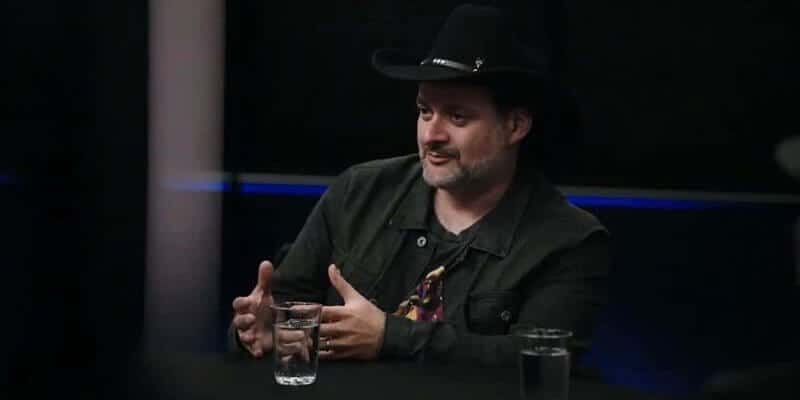 Dave Filoni is, indisputably, a Star Wars icon at this point in his career, and now he is at it again with his upcoming series, The Bad Batch.

The unassuming man who first worked alongside George Lucas to create Ahsoka Tano and bring some of the galaxy’s toughest years to the small screen in the animated series Star Wars: The Clone Wars has gone on to, in many fans’ minds, save the Star Wars franchise alongside Mandalorian creator Jon Favreau.

From the moment Favreau and Filoni’s The Mandalorian debuted in November 2019, it was everything the Star Wars fan community needed after the divisive sequel trilogy. It reminded us, collectively, why we love the franchise — it had grit, emotion, and just enough dry humor to balance the action scenes between beskar-clad Din Djarin (Pedro Pascal) and a host of enemies, both new and old. It also, of course, gave us Grogu.

Now, with his latest series, Filoni has done it again. Star Wars: The Bad Batch picks up right where Clone Wars left off, giving viewers another glimpse of the execution of Emperor Palpatine’s Order 66, this time from a brand new point of view.

The new animated series — done very much in the style of both Clone Wars and Filoni’s other show, Star Wars Rebels —  follows Clone Force 99, who were first introduced in a four-episode Clone Wars story arc beginning with Season 7, Episode 1, aptly titled “The Bad Batch.”

This “defective” batch of clones consists of Hunter, Tech, Wrecker, Echo, and Crosshair.

Related: Is ‘Star Wars’ About to Expose a Female Jedi’s Turn to the Dark Side?

In a recent press conference, in which Inside the Magic attended, The Bad Batch head writer Jennifer Corbett shared her thoughts about how working with Filoni on this world that he knows so well has been a “master class” in understanding the intricacies of the Star Wars galaxy:

“I got to work with Dave on Star Wars Resistance, which was such a great experience. And getting the chance to develop the series with him… you know, it’s kinda like a master class in writing Star Wars? And he, you know, with this being a-a sequel series of sorts, to-to the Clone Wars, it was kind of crucial that… he be, you know, involved in this process very much. Because these are characters that he’s created and it’s the world that he knows… every day, every script is, uh, is a learning experience.”

Supervising director Brad Rau also chimed in during the press conference, praising Filoni’s leadership throughout production of The Bad Batch:

“Dave-he’s awesome. I’ve known Dave for a long time. Uh, when he was starting Clone Wars, I first met him up at-up at the ranch-Skywalker Ranch, and I happened to just be starting my own animation studio at that time. So I was unable to join the force of the Clone Wars.

It was one of my regrets that I rectified later on in Rebels, to join as an episodic director. And then on Resistance. And he’s-he’s an awesome guy, a good friend.Really good, you know, I couldn’t think of a better mentor. Especially for Star Wars. The stuff he tells us every day, is-is fantastic. And amazing.”

The Bad Batch, as both Corbett and Rau alluded to, is Star Wars storytelling at its finest. You don’t want to miss Filoni’s next foray into the Star Wars universe — we promise, there are some great surprises in store from the start.

The Bad Batch is streaming on Disney+ tomorrow, May 4, 2021. Filoni fans can also look forward to The Book of Boba Fett in December 2021 and The Mandalorian Season 3, Ahsoka, and Rangers of the New Republic, presumably sometime in 2022.