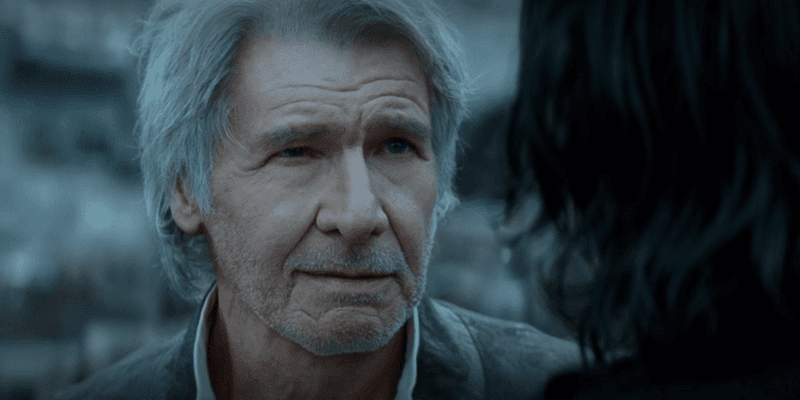 The Disney+ streaming platform is the go-to place for Disney, Marvel, and Star Wars fans to find all of their favorite movies and series. Star Wars lovers, for example, can find the entire 40-year-long Skywalker Saga — from Episode IV – A New Hope (1977) to Episode IX – The Rise of Skywalker (2019) streaming 24/7.

Now, however, it seems that the conclusion to George Lucas’s Skywalker Saga might look quite a bit different than it did in theaters. Twitter user Palpamemes (we know, we love it, too) posted:

Did you know? The D+ version of The Rise of Skywalker has been updated, and was re colour balanced… it looks absolutely gorgeous. – (left = updated) (right = before)

Did you know? The D+ version of The Rise of Skywalker has been updated, and was re colour balanced… it looks absolutely gorgeous.
–
(left = updated) (right = before) pic.twitter.com/uZodzgXi18

As you can see from the screenshots of Han Solo (Harrison Ford) appearing to son Ben Solo (Adam Driver) before he goes to Exegol to defeat Palpatine’s clone cult, and Rey (Daisy Ridley) wielding her lightsaber, director JJ Abrams’s blue-green tint has been removed.

Disney did not officially announce this change or give details about why the change occurred, but it’s likely that it had to do with the way the Star Wars movie’s original colors appeared on televisions vs. movie theater screens.

It’s worth noting that the Disney+ version of The Rise of Skywalker was also changed in another way. The captions on the scene where Rey calls on the “power of all the Jedi” were previously incorrect. They have now been updated to feature the right speakers, including Mace Windu, Anakin Skywalker, Ahsoka Tano, and more.

They also fixed the subtitles that the original theatrical and home release got wrong (note coloring off on the right in this case bc my laptop had night mode on) pic.twitter.com/7JRkfwYbar

Disney and Lucasfilm’s official description of The Rise of Skywalker reads:

Lucasfilm and director JJ Abrams join forces once more to take viewers on an epic journey to a galaxy far, far away with Star Wars: The Rise of Skywalker. Experience the riveting conclusion of the landmark Skywalker saga, in which new legends will be born — and the final battle for freedom is yet to come.

Had you already noticed the changes to The Rise of Skywalker on Disney+?