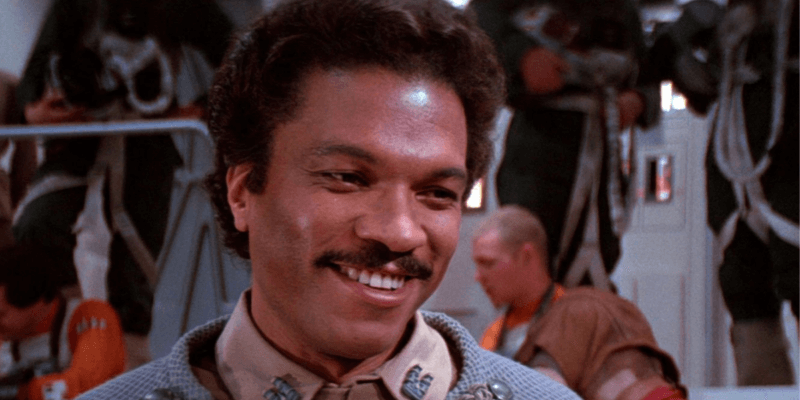 We reported on the confirmation of Lando Calrissian’s sexuality back in March, and now, with Pride Month beginning June 1, fans can get their first look at the anticipated new Star Wars imagery.

Donald Glover‘s Lando Calrissian portrayal in Solo: A Star Wars Story (2018) suggested to Star Wars fans that Lando identified as pansexual — with Solo scribe Jonathan Kasdan backing up that assessment of Lando’s sexuality. The fact that Glover’s Lando seemed to flirt with Han Solo (Alden Ehrenreich) and was in a relationship with a droid, L3-37 (Phoebe Waller-Bridge) seemed to be the main factor’s driving curiosity in Lando’s incusion as an LGBTQ character. Following the premiere of Solo: A Star Wars Story, supporters were curious to see if Lucasfilm would confirm this detail. Then came the announcement that Lando would be a part of Marvel and Lucasfilm’s joint celebration of Pride Month with a slate of comic book titles with variant covers saluting the LGBTQ+ characters of Star Wars, including Calrissian’s variant cover.

Star Wars has just released the covers with the new artwork featured on the cover of every title in Marvel’s Star Wars line in June. You can see all of the covers over at StarWars.com, which listed the characters to be featured, announcing,

The covers are a part of Marvel Comics’ event War of the Bounty Hunters miniseries, and each one features title treatments with a “rainbow burst” and a Star Wars logo with a “rainbow trail” as a nod to the LGBTQ+ community. Bounty Hunters #13 cover artist Jacopo Camagni commented on the honor it has been to take part in the Marvel and Star Wars Pride Month line, stating,

“As part of the community of LGBTQ+ creators — a galaxy not so far away — I am honored to be part of this project. Sketching Yrica Quell was a journey to expand that endless galaxy, on board with her as rebels against the Empire.”

Lando Calrissian first appeared in the original trilogy during Star Wars: The Empire Strikes Back (1980) as an old smuggler partner-in-crime to Han Solo (Harrison Ford). He was portrayed by Billy Dee Williams, who reprised the role in the sequel trilogy during Episode IX: The Rise of Skywalker (2019). It remains to be seen if Donald Glover will get another shot at playing Lando, but with all of the Star Wars plans in motion on Disney+ — like Obi-Wan Kenobi starring prequel trilogy icons Ewan Mcgregor and Hayden Christensen — many fans think it is at least possible for us to see Glover reprise the role of younger Lando.

What do you think of the Star Wars Pride Month covers celebrating LGBTQ+ characters? Let us know in the comments!