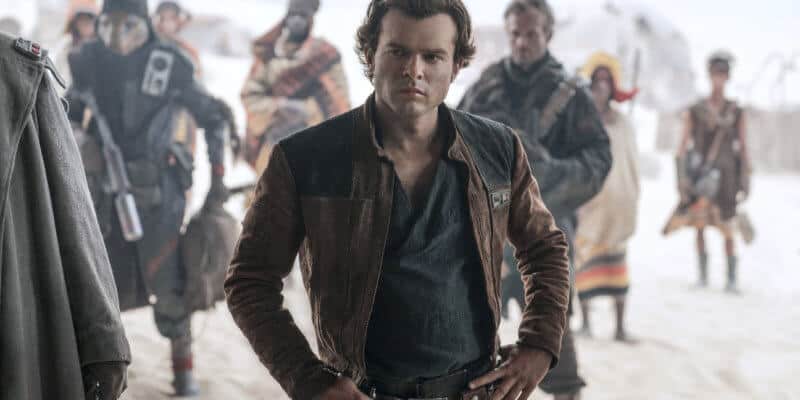 When The Walt Disney Company purchased Lucasfilm from George Lucas in 2012, Star Wars fans weren’t quite sure what to expect moving forward. Sure, Disney and Lucasfilm had a long history — Star Tours opened in the 1980s, after all — but giving full creative control of a galaxy far, far away to the House of Mouse had many fans uncertain.

On the heels of The Last Jedi debacle came Solo: A Star Wars Story (2018). Despite all odds, and a lack of critical acclaim, Solo has developed something of a cult following within the Star Wars fan community. Director Ron Howard spoke about this last July:

“Well, there’s no sequel planned now and it’s amazing to be a part of a Star Wars movie that seems to be a kind of underground hit, which is not what you’d expect, but that’s been an odd, strange journey for that movie.”

Then, a few months later, at the Disney Investor Day 2020 event in December, Lucasfilm President Kathleen Kennedy confirmed that the studio is working on at least 11 streaming series for Disney+. This gave Solo fans hope that perhaps a series, if not a follow-up film, could happen.

Recently, Enfys Nest actress Erin Kellyman — who is also playing Flash Smasher leader Karli Morganthau in Marvel’s The Falcon and the Winter Soldier — spoke with Coming Soon about a possible future for the Solo franchise:

“Her backstory, I think was very interesting,” Kellyman explained. “We kind of touched on it a little bit in Solo and Jon Kasdan and I had spoken about it as well, which was very helpful in me understanding the character a bit more. But yeah, I think it would be really cool to focus on Enfys Nest’s backstory, I think that’d be so cool. I would love to play her again, that’d be sick.”

For those unfamiliar with the character, Nest led a group of pirates known as the Cloud-Riders, a group who fought against Maul’s Crimson Dawn crime syndicate.

Although Ehrenreich hasn’t completely shot down rumors of a return to the role Harrison Ford made famous in the original trilogy, he expressed that Star Wars “isn’t a huge part of my life anymore” in a 2020 interview with The Independent.

He also acknowledged, though, that he thoroughly enjoyed playing the rakish Millennium Falcon pilot and that the “whole experience felt like a huge, high seas adventure.”

However, if there’s one thing we’ve learned about the Star Wars galaxy, it’s to never say never. After all Mark Hamill wasn’t supposed to ever play Luke Skywalker again either — and look how that turned out…

What do you think? Do you want to see more daring adventures from Han Solo’s backstory in the Solo franchise and ?