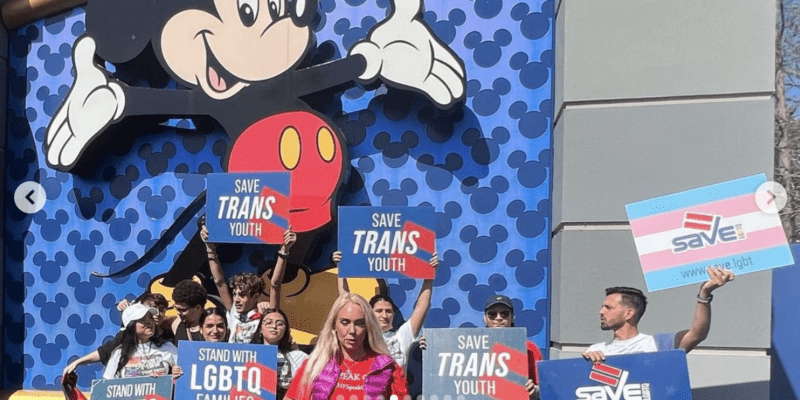 Another chapter of the “Don’t Say Gay” controversy has come to a close.

Earlier this year, The Walt Disney Company drew ire from the LGBTQ+ community and their allies after the controversy and subsequent passing of Florida’s Parental Rights in Education law, colloquially coined the “Don’t Say Gay” bill, through the Florida House. What made this political endeavor more unfavorable was Disney’s apparent financial support and political donations of those in office who in turn supported the Florida bill that sought to limit conversations about sexual orientation and gender identity with children in school classrooms.

What followed was a large series of controversies escalating from complaints from Disney’s own employees and the fan community in what became a very messy time for the House of Mouse. After staying silent on the matter, Disney eventually issued a statement in support of its LGBTQ+ employees and fans leading to outrage from Governor Ron DeSantis, his colleagues, and supporters who declared the state would not be controlled by a California-based company with “woke” California ideals.

This led to the announcement of the dismantling of the Reedy Creek Improvement District (RCID) — Disney’s in-house governing body — in retaliation to Disney’s response to the Florida legislature. The future of the RCID is currently up in the air, but Disney CEO Bob Chapek’s relationship with DeSantis’s office is seemingly tenuous at best.

And now, the Mouse House has officially put its money where its mouth is after the Human Rights Campaign finally accepted Disney’s previous $5 million donation. When Disney initially put forward their donation the HRC dismissed it, stating that the organization wished to see action from the company before accepting such a large monetary influx. But after a handful of months, the HRC welcomed the donation. Variety reports the statement from HRC spokeswoman, Elizabeth Bibi:

“Over the last several months, we have been having very productive conversations with Disney about the impact of anti-LGBTQ+ laws and policies and what they can do to help our community — specifically, what they can do to make the world safer and more welcoming for LGBTQ+ people, especially the youth and families currently under political attack,”

“Following their shareholder meeting in March, Disney was the only major company in Florida or the entertainment industry to specifically call for a repeal of the ‘Don’t Say Gay or Trans’ law. Disney has stood firm in their commitments to our community, and the company has taken real action to meet their employees’ needs and lean into their values of diversity, equity, and inclusion. We’re grateful for Disney’s meaningful and ongoing engagement around the impact of anti-LGBTQ+ laws and policies, which builds on the company’s many years of strong support for the LGBTQ+ community, and are thankful to them for their support of HRC’s work.”

Disney has long been a supporter and ally of the LGBTQ+ community. With Gay Days across both the Walt Disney World Resort and Disneyland Resort, as well as Pride month celebrations and merchandise collections, and inclusion — albeit on a small scale — in movies and TV shows. This is what seemingly made the financial aid directed towards politicians engaged with the “Don’t Say Gay” bill more ghastly when the news broke earlier this year.

But, with the HRC accepting this large cash donation, it shows that Disney is doing the work to improve its overall allyship and support of the LGBTQ+ community, and should hopefully trigger a move in the right direction for an ongoing message of unity between the corporation and those it aims to represent — everyone.

Do you think it’s a good sign that the HRV has accepted Disney’s donation? Let us know in the comments down below!