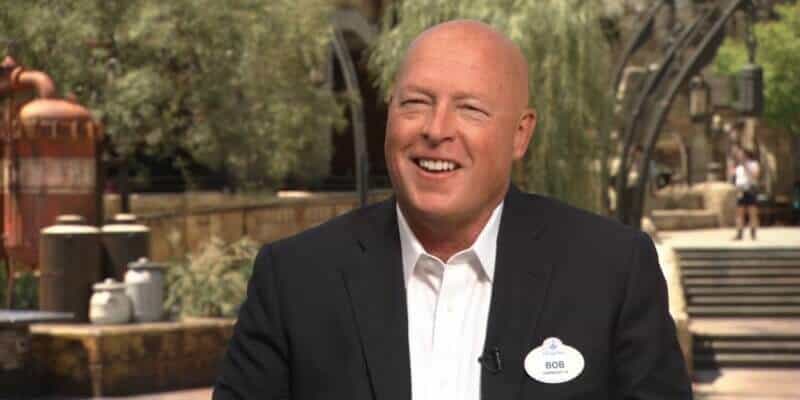 Amid lawsuits against the State of Florida and Governor Ron DeSantis over the Parental Rights in Education Act, colloquially known as the “Don’t Say Gay” law, The Walt Disney Company CEO Bob Chapek spoke out about his reaction to the law.

Despite pushback from DeSantis and other Republicans, Chapek stands firm in his position in a recent interview with The Hollywood Reporter. Chapek said that The Walt Disney Company tries to be “everything to everybody” when it comes to “complex social issues” like this one:

We also realize that sometimes in such a divided world, there’s not alignment between what possibly large constituencies of our guest and consumer base are looking for in terms of the kind of content that they want to show their kids at this particular time. What we try to do is be everything to everybody. That tends to be very difficult because we’re the Walt Disney Company. When you’re a lightning rod for clicks and for political podium speeches, the essence of our brand can be misappropriated or misused to try to fit the needs of any one particular group’s agenda. We want to rise above that. We believe Disney is a place where people can come together with shared values of what an optimistic and ideal future can be. We certainly don’t want to get caught up in any political subterfuge, but at the same time we also realize that we want to represent a brighter tomorrow for families of all types, regardless of how they define themselves.

“I think our staff saw how I stood firm during the ultimate barrage of attacks from certain political constituencies and, frankly, I think it was much stronger and much longer and much harder than they ever could have imagined and we stood our ground,” Chapek said. “So I think it’s safe to say that actions speak louder than words, and they saw resiliency and consistency no matter how strong the attacks.”

The Parental Rights in Education Act “prohibits any instruction about sexuality or gender between kindergarten and third grade, or in a manner that is not age-appropriate or developmentally appropriate for students in accordance with state standards,” according to NPR.

The Walt Disney Company has found itself at the heart of controversy around the “Don’t Say Gay” law. In February, fans and Disney Cast Members led protests around the country after public records revealed that Disney had donated to many politicians who sponsored the bill.

DeSantis responded by introducing and passing legislation to dissolve the Reedy Creek Improvement District, which has allowed Walt Disney World Resort to operate private municipal services since 1967. Despite lawsuits, DeSantis is likely to appoint his own committee to operate the district.