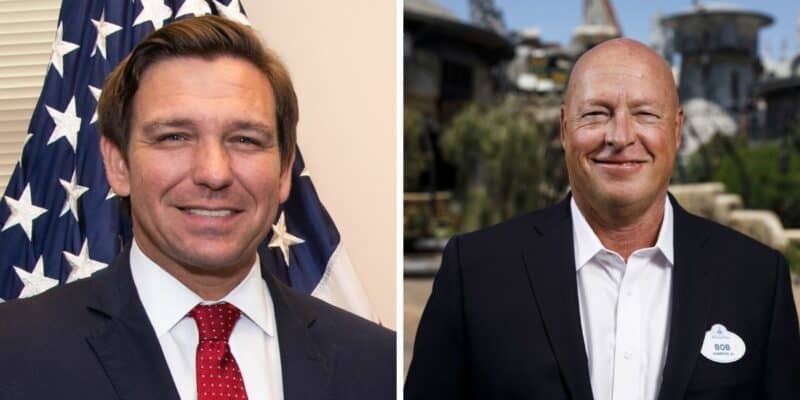 The Walt Disney Company CEO Bob Chapek has been under fire after Disney’s initial statement and Chapek’s email to Cast Members was released regarding the “Don’t Say Gay” bill.

Now, Bob Chapek is addressing the topic again, this time saying he called Florida Governor Ron DeSantis directly saying Disney was “opposed to the bill from the outset”.

After multiple days passed by, The Walt Disney Company finally released a statement on the newly passed “Don’t Say Gay” bill. But even after Disney finally released a statement on the matter, fans were even more upset and angry. Disney stated that it understood the issue’s importance to employees and customers, but fans felt the statement was a “slap in the face” as it never actually took a stance on the bill itself.

After the backlash from the initial statement, the Walt Disney Company CEO Bob Chapek sent out an internal email to Cast Members, which was leaked online — and fans called for him to be fired from the company (again).

However, Chapek is trying to clear things up as he took the initiative to speak to Florida Governor Ron DeSantis directly.

Today, during the Annual Shareholders Meeting, before the Q&A session, Disney CEO Bob Chapek said he wanted to address the “Don’t Say Gay” bill, saying that Disney was “opposed to the bill from the outset” and that Disney will pledge $5 million to protect LGBTQ+ rights:

We were hopeful that our longstanding relationships with those lawmakers would enable use to achieve a better outcome, but despite weeks of effort we were ultimately unsuccessful.”

Chapek also stated, “We stand with our LGBTQ+ community going forward as well as advocacy for this group. We take very seriously our inclusion across the company, we unequivocally stand in support of this group.”

Chapek also said that he called Florida Governor Ron DeSantis directly and spoke to him regarding the bill, saying he had an “extraordinary conversation” about the process that the state went through, the law-making bodies, and most importantly, what comes next. Chapek informed listeners that DeSantis agreed to a meeting to discuss the bill further.

According to Chapek, Ron DeSantis committed to the Disney CEO that he wanted to make sure that this law could not be weaponized in any way by individuals or groups in the state to unduly harm LGTBQ kids and families. DeSantis suggested the two could look at the legislation as written and participate with our LGBTQ population and come up with ideas and concerns of specific aspects of the legislation.

Chapek informed listeners that DeSantis was very open to finding out what aspects of the bill were most concerning and is willing to work to ensure those concerns will not happen.

The Walt Disney Company as a whole has been pushing inclusion for quite some time now. From reimagining Splash Mountain into a The Princess and the Frog theme to having a gender-neutral dress code at the Parks, the company has made multiple efforts in depicting more accurate representation.

How do you feel about Bob Chapek’s latest statement on the “Don’t Say Gay” bill? Let us know in the comments below.