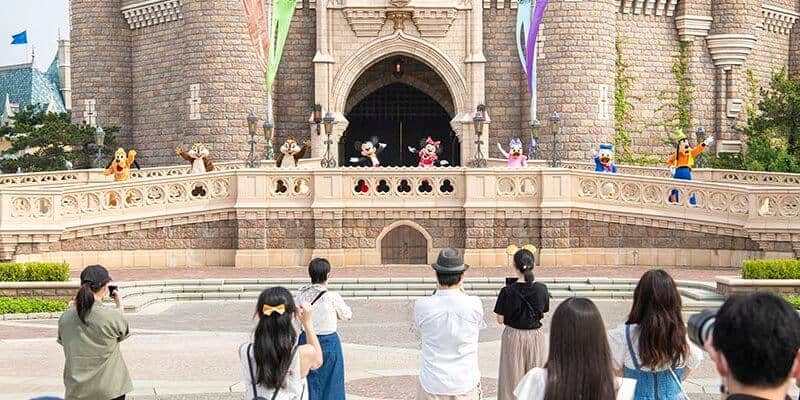 If you are a Disney fan, you have probably either been to Tokyo Disneyland and Tokyo DisneySea, you have watched countless hours of vlogs from the parks, or you’re dreaming of a visit to what some consider the most amazing Disney Parks in the world.

Because Disney does not actually own the resort, and Oriental Land Co. does, some things are quite different, and the detail that has been placed in Tokyo Disneyland Resort is jaw-droppingly stunning. That being said, as we mentioned, because the resort is not owned by Disney (although the theme parks are considered Disney Parks and are licensed by Disney), Tokyo Disney Resort has the ability to change some of its practices on its own accord.

Most recently, it has been reported that both Tokyo Disneyland and Tokyo DisneySea have been transitioning the welcome announcements Guests hear in various lands and attractions to be more accommodating to all Guests walking into the theme parks. Instead of greeting Guests by saying, Ladies and gentlemen, boys and girls,” the theme parks now say, “Hello everyone,” moving toward a more inclusive statement that applies to people of all genders.

Reportedly, a spokeswoman for Oriental Land Co. noted the reason for the change. Below is her statement, translated from Japanese:

“Continuously for all guests. To make you feel comfortable in the park.”

“It is a comprehensive judgment considering the current social situation such as diversity. Currently, information on parades and shows, Country Bear Theater in Tokyo Disneyland, and the Enchanted Tiki Room. Some attractions, such as Stitch Presents ‘Aloha e Como Mai,’ have already changed.”

By changing the greeting to say “Hello Everyone,” Tokyo Disneyland Resort is no longer just limiting greetings to males and females, and instead, the theme parks are making it clear that their announcements include everyone of all genders. As the Huffington Post Japan noted, not all attractions and areas of Tokyo Disneyland and Tokyo DisneySea have fully transitioned to this new phrase, however, eventually, it will be a universal saying across both of the theme parks.

As the change in greetings at the Tokyo Disney Resort was made by the Oriental Land Co. and not by The Walt Disney Company, it is not an indication that the Disney Parks in the U.S. will change their greetings. However, Disney as a company is pushing for more inclusion and representation across the board, which you can read about here.

What do you think of Tokyo Disney Resort’s push for inclusion in their theme parks?

If you want to plan a Disney vacation in Tokyo, you can! Or, visit Disney World and enter the Magic Kingdom, how about Disneyland in California or Shanghai Disneyland? The options are endless!  Begin planning today by clicking here.