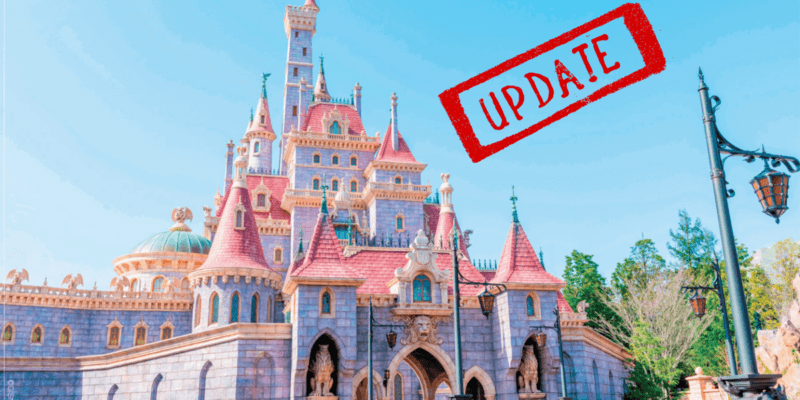 According to the resort’s website, beginning January 8, park hours will be decreased, moving the closing time from 9 PM to 8 PM.

Operations at restaurants will also change. Tokyo Disney’s website states, “Due to the change taking place for the Park closing time, the restaurants inside the Parks will also close at an earlier time.”

The sale of alcoholic beverages will also cease earlier, being suspended by 7 PM at all restaurants.

It is too soon to tell at this time if Disney’s first overseas resort could follow Hong Kong Disneyland and Disneyland Paris in closing a second time. Tokyo Disney is owned and operated by the Oriental Land Company (OLC) and works with The Walt Disney Company via licensing agreements. This means that the OLC gets to determine if Tokyo Disneyland and Tokyo DisneySEA close again — if the local or national Japanese governments don’t order a closure first.

We at Inside the Magic will continue to keep our ears to the ground and update our readers on Tokyo Disney Resort as more information comes to light. As of now, Shanghai Disney Resort and the Walt Disney World Resort are the only other resorts open. Three Disney resorts around the world are closed: the Disneyland Resort in Anaheim, California, Disneyland Paris, and Hong Kong Disneyland.

Are you looking to plan a trip to Tokyo Disney Resort? Our friends at Academy Travel are standing by ready to help you make this Disney vacation as magical as possible.

Do you think Tokyo Disney Resort could close again? Let us know in the comments!