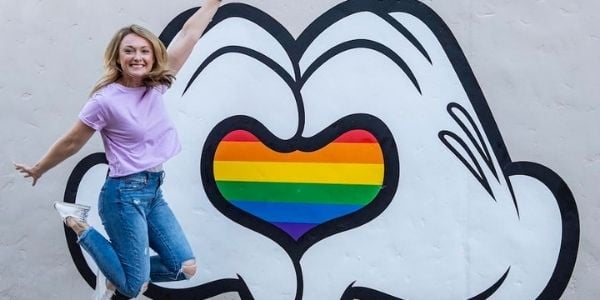 As Disney remains under fire for its comments and stances on Florida’s new controversial bill, we noticed that some representation is already starting to disappear at the Resort.

The next year, The Walt Disney Company wrote Baxley a check, with the most recent one coming in last year

The Walt Disney Company has been receiving intense amounts of backlash due to the fact that it seems to be playing both sides of the situation here. On one hand, the company has been supportive of LGBTQ+ people, offering special events and merchandise celebrating them at the Parks. On the other hand, backhandedly supporting this bill and then refusing to denounce it make all of Disney’s “inclusivity” efforts seem kind of insincere and pointless.

Bob Chapek, the current CEO for The Walt Disney Company has also been getting a lot of heat online for his inability to disavow the Florida bill as well, even sending a message to staff talking about why he doesn’t want to denounce it.

In an interesting development of events, one Disney Guest recently noticed a big mural celebrating LBGTQ+ has gone missing, making many wonder if it had something to do with the current situation. See the tweet below from AnonyMouse (@AnonymouseWDW) below:

So I was walking around Disney springs and I noticed that the pride wall was completely sandblasted away… pic.twitter.com/NkdoJygjUd

The user also added what the wall used to look like:

While this was put up for the Pride event and could have been taken down earlier, the timing of this is interesting, to say the least. We also have seen the mural up towards the end of 2021, so the removal was more recent. With how Disney has been handling the current situation regarding the “Don’t Say Gay Bill” coming out of Florida, many are wondering how or if Disney will even continue to be as inclusive toward the LGBTQ+ community.

Fans have been upset since learning about Chapek’s decision not to denounce the bill, even calling on him to be fired. As of now, we are unsure what The Walt Disney Company’s next move will be regarding this controversial topic. Check out his full message here.

Have you been keeping up with Disney’s stances on the controversial new bill? Let us know in the comments below.