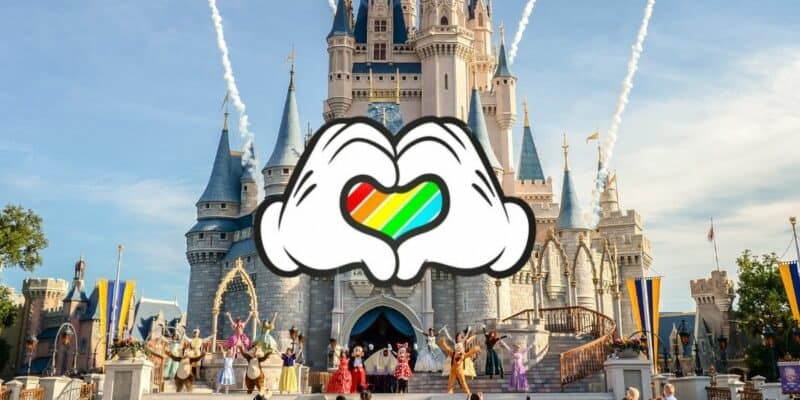 Many have been looking to Disney to make a comment on the newly passed “Don’t Say Gay” bill, as the Walt Disney Company has shown support for the LGBTQ+ community in the past. Additionally, a portion of Disney’s Cast Members who fall within the community.

Disney finally released a statement on the matter, saying it understood the issue’s importance to employees and customers, but fans feel the statement was a “slap in the face”.

Once the “Don’t Say Gay” bill was passed, President Joe Biden came out stating that the bill is “hateful”, which is something that former Disney CEO Bob Iger also came out and said.

However, current CEO Bob Chapek did not respond to the bill right away, which caused backlash and protests. The company’s silence on this new “Don’t Say Gay” bill did not go unnoticed, especially since Walt Disney World resides in the home state of the bill.

The Walt Disney Company did come out with a statement after the protests and backlash, however, many still feel the statement is not enough.

The statement, in full, reads:

“We understand how important this issue is to our LGBTQ+ employees and many others. For nearly a century, Disney has been a unifying force that brings people together. We are determined that it remains a place where everyone is treated with dignity and respect. The biggest impact we can have in creating a more inclusive world is through the inspiring content we produce, the welcoming culture we create here and the diverse community organizations we support, including those representing the LGBTQ+ community.”

Theme Park blogger, Alicia Stella, who is a member of the LGBTQ+ community responded to Disney’s statement saying it was “a slap in the face”:

“We wanted a statement from Disney because we want Disney to have our backs … It’s worse than a response. This is a non-response.”

President of Unite Here Local 362, Eric Clinton, explained that even though the company has been a leader on LGBTQ+ issues in the past, that was not the case in this situation:

“I just hope their statement’s not ‘too little, too late … There’s no neutrality in an issue of this much injustice.”

“Nope. The biggest impact you could have on the #DontSayGay bill is leverage your political power to stop it or at least amend it. Last session Disney got a theme park carve out on the Governor’s deplatforming bill. If they really wanted to help stop this bill they would & could.”

Matthew Gottula, a member of the LGBTQ community, said:

“Disney released their social responsibility report last week showing how they “promote greater diversity, equity and inclusion” and “support our employees and communities.” On LinkedIn I asked if their commitment extends to the classroom, re: #DontSayGay. My comment was deleted.”

“Disney’s statement about #DontSayGay is nothing. @Disney claims to be “a unifying force that brings people together.” Right now, all they are doing is unifying people to stand against you. Why won’t you use your powers for good? You can stop this dangerous bill.”

The recent efforts made by The Walt Disney Company is the reason many are surprised with Disney’s statement on the bill.

How do you feel about Disney’s statement on the “don’t say gay” bill? Let us know in the comments below.