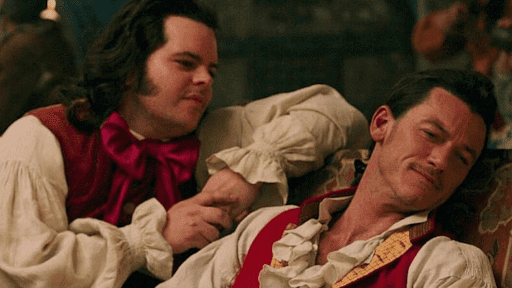 The Disney movie catalog stretches across hundreds upon hundreds of movies now with several big hits releasing all the time, with the most recent being Walt Disney Animation’s Encanto (2021) which has smashed records and become a true classic.

In an interview with The Independent, Josh Gad recently discussed his various roles in Disney’s movie lineup, from Frozen (2013) to Beauty and the Beast (2017). And speaking of the live-action remake of the film with the same name, Gad had some things to say as LaFou, the first “openly gay” character in the Disney film.

Josh Gad made Disney history in Beauty and the Beast (2017). As LeFou, Gaston’s smarmy stooge, the actor and voice of Frozen’s Olaf was part of Disney’s first big “gay moment” as stated by the director Bill Condon. This “gay moment” turned out to be nothing more than a two-second dance with another man, who was also not explicitly stated to be gay.

“We didn’t go far enough,” said Gad, “We didn’t go far enough to say, ‘Look how brave we are.’ My regret in what happened is that it became ‘Disney’s first explicitly gay moment’ and it was never intended to be that. It was never intended to be a moment that we should laud ourselves for because frankly, I don’t think we did justice to what a real gay character in a Disney film should be. That was not LeFou. If we’re going to pat ourselves on the back, then damn it we should have gone further with that. Everybody deserves an opportunity to see themselves on screen, and I don’t think we’ve done enough – and I certainly haven’t done enough to do that.”

Fans who are desperately wanting Disney to branch out with its stories and characters will still be pleading for better and more accurate representation. Read the full article with Josh Gad here.

Disney’s “Beauty and the Beast” is a live-action re-telling of the studio’s animated classic which refashions the classic characters from the tale as old as time for a contemporary audience, staying true to the original music while updating the score with several new songs. “Beauty and the Beast” is the fantastic journey of Belle, a bright, beautiful and independent young woman who is taken prisoner by a beast in his castle. Despite her fears, she befriends the castle’s enchanted staff and learns to look beyond the Beast’s hideous exterior and realize the kind heart and soul of the true Prince within. The film stars: Emma Watson as Belle; Dan Stevens as the Beast; Luke Evans as Gaston, the handsome, but shallow villager who woos Belle; Oscar® winner Kevin Kline as Maurice, Belle’s eccentric, but lovable father; Josh Gad as Lefou, Gaston’s long-suffering aide-de-camp; Golden Globe® nominee Ewan McGregor as Lumiere, the candelabra; Oscar nominee Stanley Tucci as Maestro Cadenza, the harpsichord; Gugu Mbatha-Raw as Plumette, the feather duster; six-time Tony Award® winner Audra McDonald as Madame Garderobe, the wardrobe; Oscar nominee Ian McKellen as Cogsworth, the mantel clock; and two-time Academy Award® winner Emma Thompson as the teapot, Mrs. Potts

Fans of the live-action Beauty and the Beast have an exciting project to look forward to. A prequel series titled The Little Town will have music composed by Alan Menken, and it was recently announced that Briana Middleton will play the role of Tilly. Tilly will be Louie’s stepsister and the show’s description including Tilly reads:

Gary Marsh, president, and chief creative officer, Disney Branded Television, noted that this show would answer many questions not only about Gaston and LeFou but also on why the Beast encountered the enchantress on that one stormy night.

Right now, you can stream both versions of Disney’s Beauty and the Beast as well as countless other classic Disney films. Marvel fans have a ton of content to watch as well with shows such as WandaVision, Loki, What If…? and more. Star Wars fans have enough content to stay occupied for weeks, especially with the new The Book of Boba Fett as well as The Mandalorian coming out with a season 3 soon.

On top of this, Disney+ continues to showcase original shows, movies and has created to solution for fans who do not yet feel comfortable returning to a theatre with Premier Access giving Guests a choice to purchase a theatrical release such as Black Widow or Jungle Cruise as home at an additional cost of $29.99 or to view it in the theater.

What did you think of Josh Gad’s character in Beauty and the Beast? Let us know in the comments below.

Comments Off on Josh Gad Regrets “Gay Moment” In ‘Beauty and The Beast’, “We Didn’t Go far Enough”