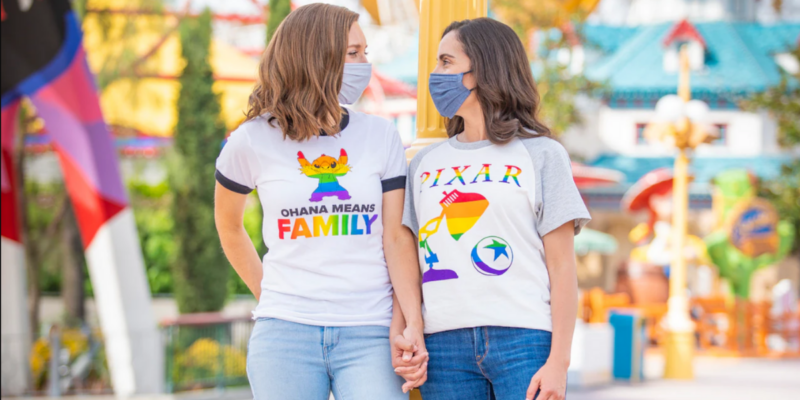 Disney has long taken a progressive stance toward gay marriage and LGBTQIA+ issues. In the 1990s, before the Supreme Court legalized gay marriage nationwide, The Walt Disney Company offered gay and lesbian employees insurance for their partners.

But Disney hasn’t always been willing to stand firm in the face of conservative protest. In the 1990s, the inaugural Gay Days hit Walt Disney World Resort – thousands of members of the LGBTQIA+ community held an unofficial meetup at Magic Kingdom. This led to conservative protests.

Related: Some LGBTQIA+ Disney Guests Say They Refuse to Spend Money In Florida

Of course, Disney couldn’t ban Guests from its Parks due to their sexuality, instead opting to install a sign warning Guests of a “gathering of homosexuals” at Magic Kingdom on one Gay Day, according to a 2000 report by The Ledger.

Gay Days has spread to SeaWorld Orlando, Universal Orlando Resort, Universal Studios Hollywood, and Disneyland Resort in Anaheim, California. Protests by groups like the Christian Action Network have dwindled since the late 1990s and early 2000s, but many Christian and Republican groups still condemn the event and other Disney Pride celebrations. In 2013, a right-wing action group flew a banner over Walt Disney World Resort warning Guests about “Gay Days.”

The Ledger spoke to Rena Callahan, a Disney spokesperson, in 2000, asking if the Disney Parks would be more accepting of the LGBTQIA+ community as time went on:

“I don’t know if it’s a more accepting attitude, but our parks are open to everyone, every day,” Callahan said. “We want to be hospitable to everyone who visits our parks.”

22 years later, The Walt Disney Company has come a long way in accepting and welcoming all Guests.