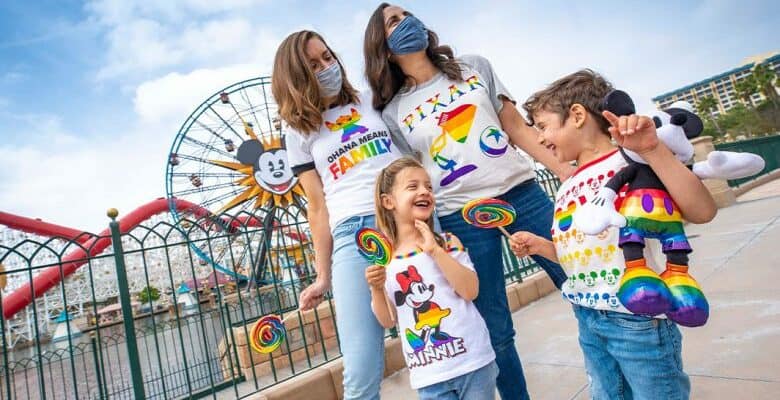 Recently, crowds showed up at Disneyland to protest the company’s stance on Florida’s newest and most controversial piece of legislation.

At the moment, The Walt Disney Company could not find itself in more controversy if they tried. From claims of cultural appropriation to an incredibly offensive cheer performance on Main Street, U.S.A., Disney, and especially the Disney Parks is in the midst of multiple struggles.

The biggest one by far is how the company handled Florida’s new piece of legislation, which many are calling explicitly anti-LGBTQ+. Known as the “Don’t Say Gay Bill”, this piece of legislation is as simple as the title. As stated by NPR, “The legislation prohibits any instruction about sexuality or gender between kindergarten and third grade, or in a manner that is not age-appropriate or developmentally appropriate for students in accordance with state standards.

Now, we are seeing Disney face the repercussions of its decision from Guests and others who may not agree with the company’s stance. Images of an “anti-grooming” protest just outside Disneyland were shared yesterday by NBC Reporter Ben Collins (@oneunderscore_). As a word of warning, there is some explicit material in the posts:

I’m at the Disneyland entrance for this anti-“groomer” protest. It’s really across the street in front of the IHOP.

I’m at the Disneyland entrance for this anti-“groomer” protest. It’s really across the street in front of the IHOP. pic.twitter.com/FoPAxKUGqw

As you can see, there were many signs with the claim that Disney is “pro-grooming” as well as complicit in a huge sex-trafficking scheme.

The protesters were there to not only protest Disney but to engage themselves in the current “culture war” that is LGBTQ+ rights. The entire country is embroiled in a heated debate about what should or should not be taught in schools as well as if trans athletes should be allowed to compete in athletic competitions. While Disney was never at the center of these issues, it seems as though the company’s recent stance on Florida’s “Don’t Say Gay” bill has pushed things to a head.

From pride parades to big changes to rides and attractions, the Disney Parks have and still are taking big steps toward better and more accurate representation. The company has faced an intense amount of backlash however after publicly denouncing the bill (which they initially supported through donations).

How do you feel about this issue?