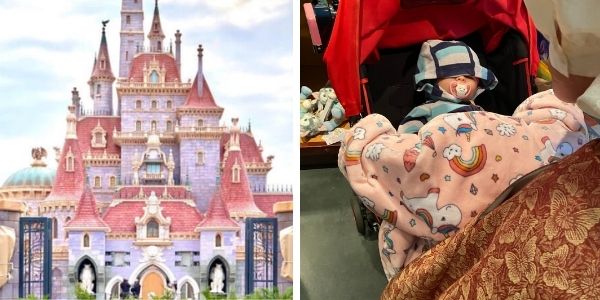 One Disney Guest allegedly used a very unique and clever tactic to get more limited edition merchandise at the Park.

Anytime there is limited edition merchandise at the Disney Parks, you can bet your Mickey ears that Guests will go crazy for the chance to purchase it. We have seen this at Walt Disney World, with Guests going crazy for cups, mugs, and bags as the Resort continues celebrating its 50th anniversary. From cups to bags, Guests have been snatching up every item with a “50th anniversary” on it since the event started.

Unfortunately, this means that certain Guests will start to hoard the special merchandise in order to resell it later for a higher cost which we have seen multiple times at Disneyland Paris. Now, however, another Disney Resort is facing this same issue in a much more entertaining way.

Japan’s All-Nippon News Network shared a story recently about Guests rushing to Tokyo DisneySea more than five hours before the Park opened so that they could purchase some new merchandise. Some of the incredibly popular merchandise items included Duffy and Friends.

This would be fine except for the fact that many of the Guests were believed to be resellers making a huge profit on the new items.

Related: ‘Guardians of the Galaxy’ Coaster Preview Event Sells Out In Just Minutes

One shopper was accused of allegedly using a baby doll to buy extra items at checkout. The Cast Member ultimately determined that the cunning Guest was running a resell site, selling the goods for as much as 3.7 times the cost.

You can see exactly how this works in a tweet from @yuzu_mau0501:

Fake baby in reseller. It’s too crazy to buy it like this.

While Disney usually has a policy on how many items Guests are allowed to buy, Guests have ways around this, as we can see above. Typically, Guests will bring their kids as every Guest can make a purchase, even from the same party, and as long as the size or skew is different, the product counts as a “new” one. Hopefully, the merchandise lasts for those Guests wanting to purchase it for themselves.

What do you think of resellers at the Disney Parks?