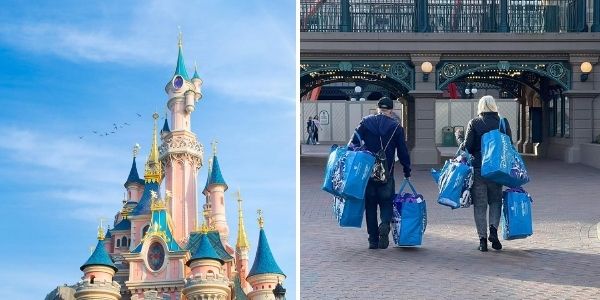 As the Disney Parks continue their anniversary celebrations, Guests seem to really be loving the exclusive anniversary merchandise.

Anytime there is a special holiday or limited-time event at the Disney Parks, you can bet your Mickey ears that Guests will be offered some unique and more limited merchandise. We have seen this at Walt Disney World, with Guests going crazy for cups, mugs, and bags as the Resort continues celebrating its 50th anniversary. From cups to bags, Guests have been snatching up every item with a “50th anniversary” on it since the event started.

Unfortunately, this means that certain Guests will start to hoard the special merchandise in order to resell it later for a higher cost, and recently, one Disney Park is facing an uptick of resellers.

Related: Disney’s Cleanliness Is Seemingly Below Standards, Guests Speak Out

Disneyland Paris is throwing itself a 30th-anniversary party this year and celebrations are in full swing at the beautiful Resort. Guests have some amazing opportunities to experience jaw-dropping shows and events as well as eat some tasty snacks and, of course, purchase some unique and special merchandise. As stated above earlier, however, some Guests have different ideas on what to do with this merch as we have seen several reports of resellers running rampant in the Park.

Recently, Disneyland Paris restocked its special merchandise which created some truly jaw-dropping lines as eager Guests crowded around to buy it. However, resellers were also there stocking up on bundles of the limited edition items. Several Guests took to social media to show this unfortunate situation. In a tweet from Disneyland Paris bons Plans (@Disneylandpbp), we can see Guests heading toward the gate with their bundles of goodies:

Another Guest shared an image of a cart filled with items which you can check out below from PixieDust (@Pixiedust_be):

The Loungefly resellers craziness is back #disneylandparis

While Disney usually has a policy on how many items Guests are allowed to buy, Guests have ways around this, as we can see above. Typically, Guests will bring their kids as every Guest can make a purchase, even from the same party, and as long as the size or skew is different, the product counts as a “new” one. Hopefully, the merchandise lasts for those Guests wanting to purchase it for themselves

Have you ever witnessed someone hoarding merchandise at Disney?