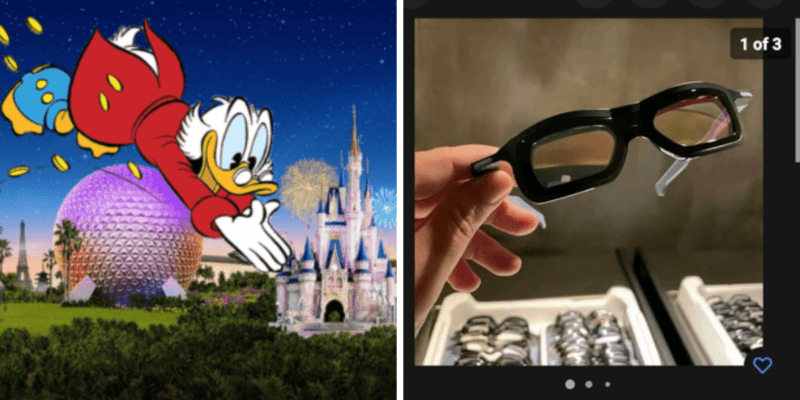 ‘Tis the season to be jolly and buy special gifts for loved ones in time for Christmas.

Merchandise in Disney Parks has always brought joy to children and adults alike, with Guests able to purchase exclusive items not found anywhere else.

Now it seems online resellers are taking the ‘exclusive’ part too far and selling items that are not even for sale at Walt Disney World.

Part of the magic that arises from experiencing Walt Disney World Resort, Disneyland Resort, or Disney Parks around the world is all of the unique merchandise available. Guests can always visit shopDisney for Disney merchandise, but some products are exclusive to the parks or certain events.

Recently, Guests have noticed an issue with resellers trying to make money from Disney fans’ demand for exclusive items – and it appears as though these sellers are now going beyond ‘reselling’ to cash in.

During the summer, Disney implemented a purchase limit of two items on inventory across the Resort, but that hasn’t stopped resellers from trying to cash in on demand.

Resellers are Guests who go to Disney Parks and purchase multiple amounts of items so that they can resell them at a higher value to others. Many use their Annual Pass discount to get a deal on their items and then profit off of those savings, which is not allowed and stated on the Walt Disney World website as a breach in the Annual Pass contract.

Inside the Magic noticed on eBay that these Disney resellers are now selling items from attractions themselves – items that have been to be taken from the Parks to be sold.

A seller on the online shopping portal eBay has a pair of 3D glasses from EPCOT’s Remy’s Ratatouille Adventure for sale.

Of course, these glasses are not sold at Walt Disney World and are a part of the attraction itself. Guests are meant to return the 3D glasses into a bucket at the exit of the ride.

The glasses are being sold for $19.99 and would appear to have been taken from the Parks to sell.

Another seller also has a pair of these glasses for sale from EPCOT, selling them for $19.75.

This pair of 3D glasses were given to us by a cast member after a behind the scenes tour of the new ride during a sneak preview. They were only used by us and were brand new, unused.

It is yet to be known if Disney is aware of these online sellers, but it seems that lately, the Disney community is cracking down on resellers trying to make a profit from purchasing Disney merchandise.

We have reported previous instances of Disney resellers in the past, with resellers listing the free Disney+ Day hat and pin on eBay for $69.99 this month.

As long as there is limited edition merchandise, there will be eBay flippers looking to turn a profit and people who will want to buy these limited-edition items, even if it means they have to wait to find them on eBay.

What do you think of attraction items being for sale online? What’s your opinion of eBay resellers?