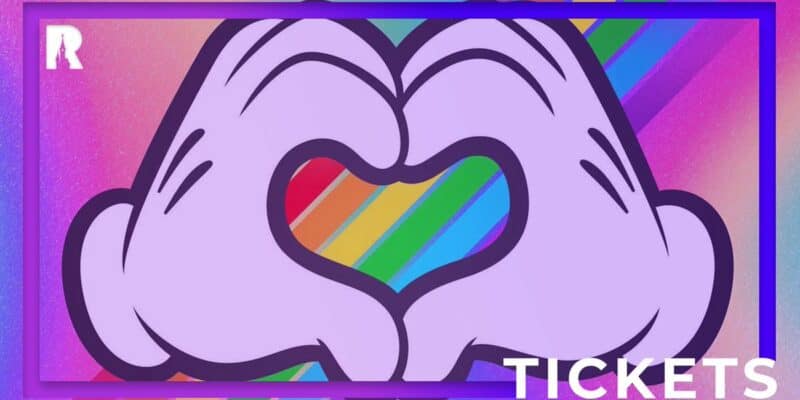 It’s always fun to visit the Disney Parks and Resorts no matter what time of year it is. Whether there’s snow on the castle or the sun is beaming down on you at one of Disney World’s water parks, you can always count on a magical vacation.

However special limited-time events can happen at the Parks like EPCOT’s Flower and Garden Festival so it’s always smart to double-check the calendar for all future activities planned. Recently, one Disney Park announced a very special celebration, and tickets go on sale very soon!

A recent tweet revealed the dates that tickets will be available soon for Disneyland Paris’ Pride special event. See the full tweet from DLP Report (@DLPReport) below:

Pride events have been taking place at the Disney Parks for years. However, they’ve all been hosted “unofficially” by park guests. Walt Disney World and Disneyland have both hosted “unofficial” events, including “Gay Days,” an unofficial weekend celebrating gay couples and their same-sex parents since the mid-to-late 2000s. According to The Daily Wire, even Disneyland Paris has seen the unofficial “Magical Pride” celebration since 2014.

Starting June 11th, 2022, this event will let Guests “sparkle” and share the “joy of diversity” at both Walt Disney Studios and Disneyland Paris. Find more about the event on Disneyland Paris’ official website.

In 2022, so much is happening and changing within the Disney Parks and Resorts. From new rides like the thrilling TRON coaster in the Magic Kingdom as well as the exciting Guardians of the Galaxy: Cosmic Rewind in EPCOT to the upcoming Mickey & Minnie Runaway Railway in Disneyland in Southern California, DIsney Guests have a lot to look forward to this year. Speaking of Disneyland Paris, not only will Disneyland Paris be celebrating pride this year, it will also be celebrating its 30th Anniversary.

Along with lights, drones, and special entertainment, Many Guests are starting to get excited for the upcoming Avengers Campus expansion at Disneyland Paris. The first version of this Marvel-centric land opened in Disneyland’s California Adventure last year and features a whole host of Marvel-themed attractions and entertainment.

Are you planning on visiting Disneyland Paris for this special event this year? Let us know in the comments below!