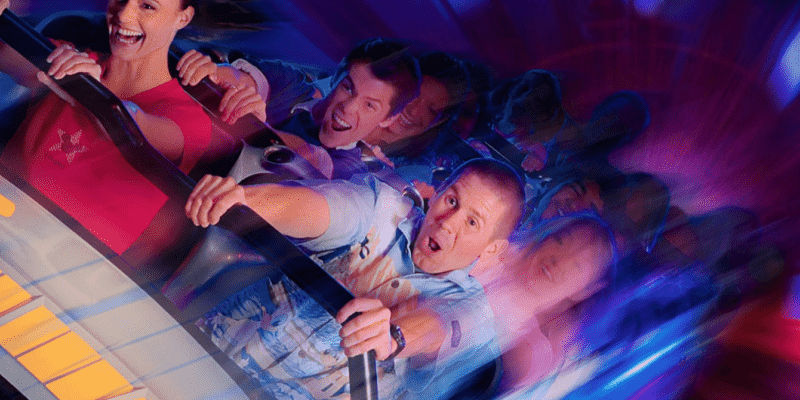 Everyone knows when you’re on a roller coaster, especially one in a Disney Park, to be on the lookout for the camera that takes your picture. This can usually be found toward the end of the ride, like right before the drop on Splash Mountain in Disneyland or the Magic Kingdom and on Expedition Everest in Disney’s Animal Kingdom.

Lots of times, Guests will want to know where the camera is, so they can make a face, hold up something or pose for the picture. Because of the mask mandate at both Disneyland and Walt Disney World, Disney has had to get on some Guests for removing their masks for the picture. One Guest shared their experience of losing a different piece of clothing while riding. See the full video from @nivinejay below:

hoping no one bought this 😂#greenscreen #disneyland #disney #disneyfail #spacemountain

As you can see in the video, Space Mountain proved to be too thrilling (and windy) for this Guest’s shirt, leaving them exposed right as the camera took the on-ride photo. As we can see, the Guest can now have a laugh about the memory, but at the moment, something like this is never expected! Aside from clothing moving around, Disney has a lot of wild attractions that can cause Guests to lose their glasses, hats, and Mickey ears. Cast Members will often tell Guests to remove loose articles before riding or to hold on tight.

For example, Rock ‘n’ Roller Coaster Starring Aerosmith will always have Guests removing hats, glasses, and any other loose articles prior to riding.

Space Mountain is one of the most beloved attractions in all of Disney Parks history. The Walt Disney World Resort hosted the first iteration of the ride. After so much success, Disney Imagineers decided to bring it to Disneyland in Anaheim, California. Space Mountain can also be found at Disneyland Paris, Hong Kong Disneyland, and the Tokyo Disney Resort.

More on Space Mountain at Disneyland

Have you ever experienced something like this on a Disney Ride? Let us know in the comments below!