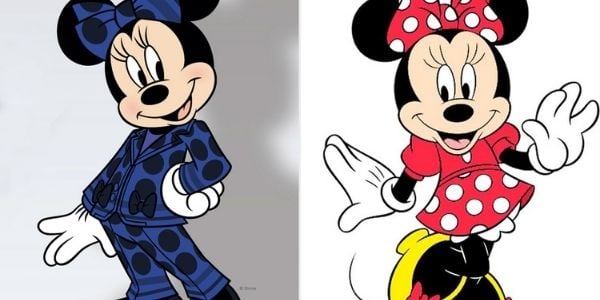 In a story we covered recently, Minnie Mouse received a new look to celebrate Disneyland Paris’ 30th Anniversary celebration and many Disney fans shared their opinion on this big change for the iconic character.

In honor of Women’s History Month, beginning on March 6, 2022, Minnie Mouse will begin wearing a brand-new pantsuit at Walt Disney Studios Park at Disneyland Paris. This new outfit ditches the classic dress look that many are so used to seeing on Minnie Mouse. Please note that at the moment, this outfit will only be seen at Disneyland Paris Resort.

Related: Disney World May Have an “Attendance Problem”, Report Says

Although Mickey Mouse didn’t get any new designs, this decision seems to go hand-in-hand with other changes to the Disney Parks, as the Walt Disney Company has been pushing for more inclusivity and representation lately. From retheming the iconic Splash Mountain into a The Princess and the Frog attraction, a gender-neutral dress code at the Parks, or even removing culturally offensive names from Tom Sawyer Island, the company has made multiple efforts in being more welcoming toward everyone.

This change has been met with a lot and appreciation, as well as some criticism. Our story on the change received a ton of comments from our readers voicing their thoughts and opinions on the change.

Nope not buying it

What’s wrong with girls wearing pantsuits?? I love them!

Melanie S. had this to say about the change:

What’s next? Pants suits for Cinderella, Snow White and Belle? This seems like a really bad marketing decision. If you see red and white polka dots with a splash of black, you think Minnie Mouse. Minnie has always had great dresses. Why can’t we celebrate that? Why are dresses suddenly a ‘bad’ thing? I loved Minnie’s khaki outdoor skirt attire that she often wore for meet n greets in Animal Kingdom. Are we to believe that feminists have been aggressively demanding this change? What is the rationale? I’m a 56 year old female mechanical engineer and I totally prefer Minnie in her cute dresses.

Sharon G. questioned why Disney would do this:

If we didn’t know before, Disney is changing to more woke

my childhood is slowly being ruined

This is nothing new. Who remembers her “Totally Minnie” look from the 80s?

Veronica P. said that the new outfit looks like Minnie is going to bed:

Why her dresses are gorgeous leave her alone

I don’t really care, she’s always had several outfits. Looks like comfy pjs to me

See what Disney had to say about Minnie’s newest look on Disney Parks Blog:

At Disneyland Paris, lots of changes are coming to Walt Disney Studios and their Disneyland Park, with the 30th anniversary just months away. Walt Disney Studios is adding a massive addition that will include Star Wars, Marvel, and Frozen, as well as their very own Avengers Campus, which will be the first section to open in the Park. Many Guests are starting to get excited for the upcoming Avengers Campus expansion at Disneyland Parias. The first version of this Marvel-centric land opened in Disneyland’s California Adventure last year and features a whole host of Marvel-themed attractions and entertainment.

What do you think about Minnie Mouse’s new look? Let us know in the comments below!