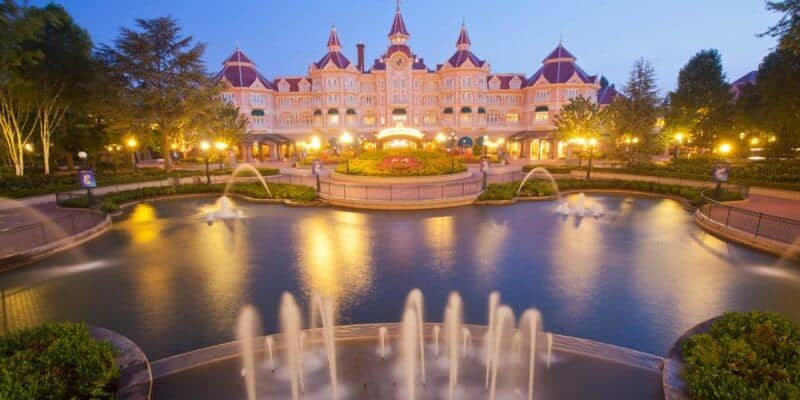 One of the best things about visiting a Disney Park is that each individual Disney Resort as a whole has so much more to offer than just theme parks.

If we look at Walt Disney World Resort, we know there are a ton of fun things that Guests are able to do when they are not visiting Magic Kingdom, EPCOT, Disney’s Animal Kingdom, and Disney’s Hollywood Studios. From mini-golf to dining to shopping and so much more, the opportunities are endless. One of my favorite non-Park things to do, however, is visiting the 25+ Disney Resorts on property. Every Disney Resort is so well-themed and has a lot of detail to explore, so spending a few hours at one is a great way to enjoy a vacation.

As you can see from the photo pictured above, the new rooms will be stunning. Right now, however, the refurb has caused the lights to go out at the Disneyland Resort!

InsideDlpCastle (@InsideDlpCastle) posted a shot of the facade of the building where we can see all of the lamps are missing, as well as what it looked like with the lamps in place. The English translation of the Tweet is:

The exterior lamps on the various facades of the Disneyland Hotel have been removed.

The lights will likely quickly return in a refurbished and fresh format, but for now, it looks like the hotel’s exterior will be a little darker than usual. Since the hotel is being refurbished, right now, a great option is to stay at Disney’s Hotel New York – The Art of Marvel or Disney’s Newport Bay Club!

What else do you think needs a touch-up when it comes to the Disney Parks?