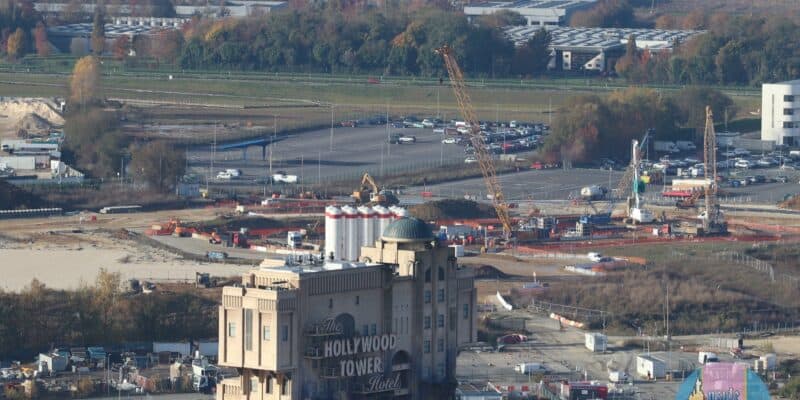 One of the best things about the Disney Parks around the globe is that no matter how amazing they are, Disney is never finished innovating. It is almost always guaranteed that when you visit, attraction, land, or Resort will be having some form of work done.

Sometimes, this work may be minimal to ensure that the Park is looking up to date and fresh, or the changes could be massive with new attractions being added, rethemes occurring, or just giant sections being added to the Park. A few perfect examples of this could be seen at Walt Disney World Resort and Disneyland Resort. At Disney’s Hollywood Studios and Disneyland Park, we recently saw the addition of Star Wars: Galaxy’s Edge, which added a massive amount of offerings to both parks from rides to food to shopping — all surrounded by incredibly immersive theming.

A few years ago, previous Disney CEO Bob Iger announced a massive $2 billion expansion that would come to Disneyland Paris. Guests would get to anticipate Star Wars, Marvel, and Frozen sections coming to Walt Disney Studios Park as Disney attempted to give that Park a similar resurgence that we saw with Disney California Adventure after that Park’s massive overhaul.

With the pandemic, we saw a massive halt when it came to construction, but luckily, the expansion seems to be well underway once again. InsideDlpCastle (@InsideDlpCastle) has shared some photos of the ongoing construction at Walt Disney Studios Park.

Before leaving, we leave you with some pictures of the Walt Disney Studios extension!

🚧Before leaving, we leave you with some pictures of the Walt Disney Studios extension!❄️#DisneylandParis #DLPLIVE #WDS2 pic.twitter.com/k9oXcQJT0Z

Below, we can see some of the ongoing construction for Avengers Campus.

From the photos, we can see that Avengers Campus is the farthest along as it appears to have facade work being done to the buildings, but as a whole, Walt Disney Studios Park still has a long way to go before it is fully complete. Due to the delay, we are not sure exactly when all is set to be completed; however, it is great to see them racing towards the finish line, working on all of the new sections.

What else would you love to see come to any of the Disney Parks around the globe?