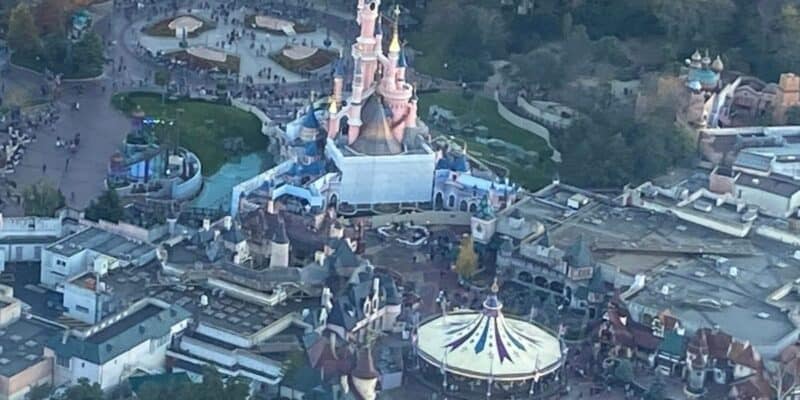 As the Disney Parks around the world have continued to open up as the pandemic begins to subside, it has been interesting to see how travel has bounced back.

In Walt Disney World, we know that the Orlando Disney Parks were by far the most visited during the pandemic, and now, they are operating in a more “normal” way. However, there are still many protocols in place that were put there during the pandemic. For example, Disney Park Pass reservations are still in play, and there is still a capacity limit; however, we do not know what that limit is at this point. That being said, massive crowds have returned, and Guests still flood Main Street, U.S.A. at Magic Kingdom to see the fireworks go each night as Disney Enchantment plays. Now that the United States border is once again open to foreign travelers who are fully vaccinated, those crowds will likely increase.

At Disneyland Paris Resort, we saw the theme parks undergo a battle to stay open during parts of the pandemic, as France went back into a state of emergency after the Park reopened, shutting it down again. Now, Disneyland Park and Walt Disney Studios Park are open to Guests, but it seems that after Halloween weekend, the crowds have tapered off.

Below, we can see two aerial shots that Disneyland Paris Works (@DisneylandWorks) posted from November 6. In the Tweet, we can see that the photographer noted the last Halloween weekend was busy, and in the photos below, the Guests seem to appear spread out with tons of distancing.

The last Halloween weekend was busy!
A quick update on the progress of the orbitron work, which seems almost complete. The same goes for the castle, which once again offers all its splendor! @DisneylandWorks

➡️ The last Halloween weekend was busy!
➡️ A quick update on the progress of the orbitron work, which seems almost complete. The same goes for the castle, which once again offers all its splendor! ✨

Although social distancing is not enforced but recommended to Guests as they travel through the Park, it is not always possible depending on the area you are in or with how many Guests are there. That being said, when the crowds are lower, which is something we often tend to see after Halloween in the early weeks of November at many Disney Parks, it becomes much easier to navigate.

Starting November 13, we are likely going to start to see the holiday crowds roll into Disneyland Paris Resort as Disney’s Enchanted Christmas begins Disneyland Paris. Guests will be able to enjoy holiday entertainment, decorations, characters, delicious food options, and so much more! Plus, with Sleeping Beauty Castle being revealed more and more each day, there is even more desire to head back to the Park to see the newly refurbished masterpiece!

Do you plan to return to any of the Disney Parks soon? What about Disneyland Paris?